Will the UN survive another quarter century? China could queer the pitch

Dilip Sinha, [ The writer is a former Ambassador of India to the UN ]

The United Nations celebrated its 75th anniversary last Saturday, the day the ratifications of the Charter reached the required number for it to come into force. Surviving for so long is by far the UN’s biggest success, and this itself is no mean achievement. The UN is an inter-governmental organisation – it can only be what its members make of it. Its predecessor, the League of Nations, had collapsed within two decades due to military aggressions by the big powers leading to World War II.

The UN has survived the Cold War and the incessant quarrels among its permanent members who lord over it. It has lived in the shadow of a third world war and many admirers give it credit for averting such a war.

The primary purpose for setting up the UN was to maintain international peace and security. The five big military powers, the victors of World War II, promised to jointly protect the world from further wars. They made themselves permanent members of the Security Council to be able to fulfil this grand assurance. Since they were to act jointly, a negative vote by any of them became a veto.

The permanent five have never taken any military action jointly in these 75 years. Instead, they have used the veto 254 times between them to kill resolutions. Consequently, wars have been waged in many parts of the world, most of them with their direct or indirect involvement. The US did not have to veto any resolution on the Vietnam War because it commanded a comfortable majority in the Security Council in those days. The Soviet Union had to do so only once during the Afghanistan War.

For a brief period of two decades after the collapse of the Soviet Union, Russia and China allowed the Western countries to take military action on behalf of the Security Council in countries like Kuwait, former Yugoslavia, Somalia, Rwanda and Libya, but they did not join the operations. The legality of some of these military actions was questionable. But with no court to appeal to, this question has never been examined.

The short period of consensus among the permanent five vanished a decade ago and the veto once again came to be used by the US, Russia and China. The moribund Security Council now faces more serious challenges. The UN’s fate is inextricably linked with the state of the global economy, which has been sluggish since the global financial crisis of 2008. The resurgence of isolationism in the US and the rise of China have been compounded by their trade war. The Covid pandemic has made the short-term scenario gloomy all round.

The Security Council has to grow out of its five power mindset if it is to survive. The permanent members are still the world’s leading military powers, but they have undergone a sea change and the UN Charter needs to catch up. The Soviet Union no longer exists. The Republic of China has been replaced by the People’s Republic of China. Both these changes took place without an amendment to the Charter, which continues to list the older entities.

Two other permanent members, France and the United Kingdom, are no longer the global powers they were in 1945. France has joined the European Union which itself claims a special status in the UN. The UK too was a member of the EU till recently. Both retain their permanent seats but no longer have the stature to justify it.

The US is the only permanent member that retains its original form, but its commitment to multilateralism is once again in doubt. But this pales into insignificance before the much serious threat of the rise of China.

It’s a given that China will play an increasingly dominant role in the UN in the coming years. Very little thought has been given by countries to the consequences of a China-dominated international order. All permanent members have misused the veto to escape censure in the Security Council and to control other organs of the UN. But China displays utter contempt for the most basic obligation under the Charter “to refrain in their international relations from the threat or use of force”. Its sabre rattling against Taiwan is against the letter and spirit of the UN Charter even if it considers it to be a Chinese province.

China demonstrates no commitment to other values of the UN like democracy, human rights and the peaceful settlement of disputes. It is the only major country which is not a party to the International Covenant on Civil and Political Rights. It has also refused to honour the ruling of an international arbitration in the dispute in the South China Sea.

China seeks to dominate the UN system as no other country has done. Four of the 15 specialised agencies of the UN are now headed by Chinese nationals. Not satisfied with this, China made a bid for a fifth international organisation earlier this year. It lost in the final round to Singapore. China emulates Western countries in making voluntary donations and placing its nationals in the secretariats of international organisations. But it also adopts more questionable practices in its dealings with international civil servants.

UN reform is no longer just about adding extra chairs to accommodate the wannabes. It’s about its survival. It’s unlikely to complete its century on a pitch queered by China. 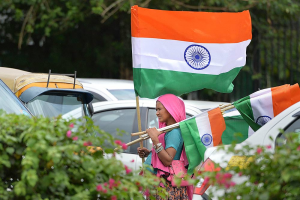 The face-off between India and China in Ladakh and the plans for annexation of the West Bank by Israel have brought matters of global power dynamics to the fore. In the 1990s, after the disintegration of the Soviet Union, commentators such as Francis Fukuyama were quick in announcing the “end of history” and labelling ideology as unimportant and irrelevant in the conduct of global politics. The supposedly unipolar world that came into being after the Cold War, with the US acting as the global policeman and leader in all institutions, facilitated the march of capitalism on a global scale. However, events that unfolded later, for instance the 9/11 terror attacks, came to haunt the US and its allies. Non-conventional security threats challenged the established conceptions of security, war and modernity.

The 2008 global financial meltdown exposed the realities of the neoliberal world order. Most institutions of lending crumbled before the inevitable logic of capitalism — the cycle of boom and bust. The crisis rendered thousands unemployed and destitute. The state had to bail out some of the largest financial corporations of the world with public funds. The western world soon came to understand the importance of sharing responsibility and adjusting to the new global realities such as the economic rise of China and India. G-20 nations replaced the elite G-8 of rich countries in deciding the economic course of the world, though within a neoliberal framework. This was an arrangement to share power and skip responsibility, as it kept almost all poor countries of the world out of decision-making. The rich got to decide what is best for everyone.

This established mechanism is under threat. The rise of China as the workshop of the world has turned many western powers insecure. It has led to a trade war between China and the US. Of particular relevance is the route India will take in the evolving bipolar world with the US and China constituting the two poles.

India faced a similar situation at the time of Independence. Then, India refused to join the Cold War camps and opted for a non-aligned foreign policy that championed the cause of the colonised regions and the newly-decolonised parts of the world. In the recent past, the Indian government’s foreign policy priorities have tilted towards the US and the neoliberal framework. Tying Indian interests to the coat-tails of America will be disastrous. The support for Palestine has been muzzled in this environment and non-alignment abandoned as the government opted to play second fiddle to the US in Asia. The US is trying to drag India into its conflict with China to protect US interests in the Asia-Pacific region. The trade deals done to please the US have resulted in the loss of livelihood, agricultural land and hard-won labour rights of Indian working classes.

What the world needs today is an international order based on the principles of mutual respect, concern and cooperation and public participation. Privatised healthcare systems imploded under the weight of COVID whereas countries with a socialised or socialist public healthcare system fared better. The world needs to come together to build public health and education infrastructure. India must reject both the unipolarity of the 1990s and the bipolarity of the current system dominated by the US and China. India should live up to its independent non-aligned credentials and play a constructive role in evolving a more inclusive, multipolar and just world order.

In his address to the 75th General Assembly of the United Nations, Prime Minister Narendra Modi reiterated the demand of India’s inclusion in the UN Security Council. This demand is justified considering India’s history, size, economy and potential to play a constructive role in global affairs. However, under the current dispensation, these credentials have been tainted by multiple inconsistencies, especially in the neighbourhood. India should use its UNSC chair to represent nations hitherto unrepresented or underrepresented at the high table and continue the tradition of speaking for the marginalised. Unfortunately, the course of Indian foreign policy in the last few years does not correspond with this broad, inclusive worldview based on solidarity.

In this context, India and China, as the world’s two most populous countries and mega-economies, should engage in a meaningful dialogue to resolve the border dispute. India should strive to make the world more inclusive, just and sensitive to the environment. India pursuing an independent foreign policy is not only essential for the country or the South Asian region, it can have a bearing on deprived populations of the world.