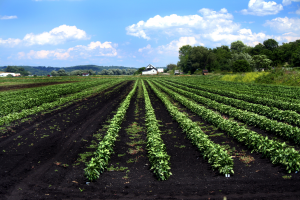 In June, the Centre promulgated three ordinances to reform agriculture. One of them, the Farmers’ Produce Trade and Commerce (Promotion and Facilitation) is potentially the most transformative. It aims to create a common national market for agricultural produce, with practically no entry barriers for participants. This ordinance, along with two others covering essential commodities and contract farming, should be approved in the forthcoming Parliament session. Almost all political parties, when in power, have supported increasing choices for farmers in marketing their produce. Therefore, June’s ordinances should receive their support.

However, there have been sporadic protests by farmers and traders against these measures. In northwest India, farmers fear this is a prelude to phase out the minimum support price system, which works mainly for wheat and paddy. Other issues unrelated to the ordinances, such as proposed electricity reforms, have found their way into protests. The government needs to do better in clearing misconceptions. States too must provide support. Many had already begun agricultural marketing reforms before these ordinances were promulgated. One way they can help is by removing levies in wholesale markets. It will help create a level playing field with other traders and foster competition.

If the June reforms are to live up to their potential, the Centre needs to follow through. An earlier attempt to create a national electronic trading platform produced unsatisfactory results because supporting infrastructure to aid market development wasn’t created. A potential challenge in the June ordinance is the trade dispute redressal platform. It’s been left to the office of the sub-divisional magistrate, a body ill-equipped to deal with commercial trade disputes. Markets which function smoothly do so because of a capable ecosystem. The government needs to follow through and create one to make sure this is agriculture’s 1991 moment.

A game of chess in the Himalayas

In the stand-off with China, India has two choices — walk into the trap that has been laid, or learn from the 1962 event

With the tensions along the Line of Actual Control (LAC) refusing to die down, despite the marathon military and diplomatic-level talks, the obvious question that stares at every stakeholder is this: is 2020 another 1962? While the future is uncertain, the present is undoubtedly tense. As stated by India’s External Affairs Minister, S. Jaishankar, this is “surely the most serious situation” along the India-China border “after 1962”.

The parallels are hard to ignore. In August 1959, after the first border clash between Indian and Chinese troops in Longju, in the eastern sector, China said Indian troops had crossed the McMahon Line and opened fire, and the Chinese border guards had fired back. The next day, New Delhi protested against the Chinese statement, saying it was Chinese troops that had moved into Indian territory and opened fire. Sixty-one years later, the statements issued by India and China after the border clashes are eerily similar. Both sides accuse each other of transgressing across the LAC. Both sides accuse each other of opening fire. Both sides blame each other for the current stand-off.

What led to the war? To understand the current tensions, one has to go back in history. When the Longju incident happened, not many in India might have thought the border tensions would lead to a full-scale Chinese invasion. Prime Minister Jawaharlal Nehru and Defence Minister V.K. Krishna Menon were absolutely certain that China would not attack India. Nehru had betted big on India’s friendship with China. He saw both countries as victims of imperialism and the natural leaders of Asia. The realist in Nehru believed that peace on India’s northern border was an imperative for the newly-born republic’s rise and material development. So in the 1950s, Nehru continued to defend China in international fora. India accepted Chinese sovereignty over Tibet and signed an agreement with Peking over trade with Tibet. But what Nehru hoped in return for India’s friendship was China respecting its bequeathed boundaries — the McMahon Line in the east and the frontier (based on the 1842 Tibet-Kashmir agreement) in the west. Nehru was wrong.

The first setback to this position was the Longju incident. Within two months, an Indian police patrol team in Kongla Pass in Ladakh came under Chinese attack. This was a wake-up call for Nehru. He asked Chinese troops to withdraw from Longju in return for an assurance from India not to reoccupy the area and proposed that both sides pull back from the disputed Aksai Chin, where China had already built (unilaterally) a strategic highway. China rejected this proposal and made a counter offer — to recognise the McMahon Line in the east in return for India’s recognition of Chinese sovereignty over Aksai Chin. Nehru, having checked the historical maps, documents, including revenue records and land surveys, which he got from the India Office in London, rejected the Chinese offer because he thought it would mean India abandoning its legitimate claims over Aksai Chin. After the collapse of the Nehru-Zhou Enlai [Chou en Lai] talks in 1960 in Delhi, tensions escalated fast. China intensified patrolling along the border. In November 1961, Nehru ordered his Forward Policy as part of which India set up patrol posts along the LAC, which was seen as a provocation in Beijing. In October 1962, Mao Zedong ordered the invasion.

The situation today is not exactly the same as 1962. Back then, the Tibet factor was looming over India-China ties. As soon as the Dalai Lama took refuge in India, Chinese leaders, including Deng Xiaoping, had threatened “to settle accounts” with the Indians “when time comes”. China also feared that India was providing help to Tibetan rebels, after the 1959 rebellion. Today, both sides have managed to sidestep the Tibetan question in their bilateral engagement. And unlike in 1962, when India was not politically and militarily prepared for a war with China, today’s conflict is between two nuclear powers. But the problem is this; while the overall situation is different, the border conflict looks similar to what it was in the late 1950s and early 1960s. The boundary has still not been delimited and demarcated. China has not recognised the McMahon Line and India has not accepted China’s control over Aksai Chin.

Despite the volatile situation, an uneasy truce prevailed on the border at least since 1975 and both sides have made improvements in ties since Prime Minister Rajiv Gandhi’s visit to Beijing in 1988. This period of truce allowed both countries to focus on their development. But that truce has now been disrupted with China first moving to block Indian patrolling in the Finger area of Pangong Tso and the Galwan Valley in eastern Ladakh during the summer. India then made a forward move on the southern banks of Pangong Tso last month, similar to Nehru’s Forward Policy in 1961, taking over the heights of the Kailash Range. When Nehru ordered the Forward Policy, his aim was to secure the vast border and prevent further incursions. He never thought China would attack. Now, despite the experience of 1962, India appears to be taking a calculated risk by making forward movements. This led to the opening of fire in the region, for the first time in 45 years. So, practically, the border situation is back to what it was in 1961.

In the run-up to the 1962 war, Mao had taken a “unity and struggle” policy towards India. This meant, laying emphasis on unity with India on mutually agreeable matters while continuing the struggle over the border issue. Nehru failed to understand the gravity of this approach. He first saw only unity, and, after the Longju and Kongla clashes, he saw only struggle. China, on the other side, consistently played what game theorists call the game of “strategic dominance”— the strategy which would yield positive outcomes, irrespective of the strategies of the rival player. Back then, China saw itself as the most powerful force in Asia. Japan had been devastated by the war. The British withdrawal and the partition of the subcontinent had changed the geopolitical balance in the continent. Mao was facing challenges to his leadership within the party after the disastrous Great Leap Forward. Globally, there were cracks in the Sino-Soviet alliance, especially after the Soviet intervention in Hungary. When it set the ball of border tensions rolling, it knew that the ultimate risk would be a limited war and it was ready to take that risk because even in the event of a war, China calculated that it could retain its strategic dominance. And it did so in 1962.

The Chinese strategy today is not very different from that of the 1960s. Now, China considers that it has arrived on the global stage as a military and economic superpower. The COVID-19 outbreak has battered its economy, but it is recovering fast. India, on the other side, is in a prisoner’s dilemma on how to tackle China. India is a big, rising power, but is going through short-term challenges. Its economy is weak. Its geopolitical standing in the neighbourhood is not in its best days. Unlike in the 1960s, when Nehru’s non-alignment was blamed for Chinese aggression, today’s India has cautiously moved toward the United States. But still, there is no guarantee that it would deter China or if the U.S. would come to India’s help in the event of a war. A combination of all these factors might have led China to believe that it can play the game of strategic dominance once again. If India plays it on China’s terms, there will be war. The question is whether it should walk into the trap laid in the Himalayas, or learn from the experiences of 1962. 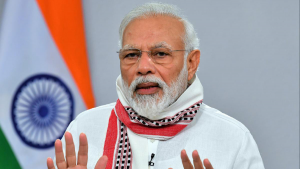