How to be a wealthy nation Ten rich countries got the first 80% of Covid vaccines, American disposable income per person is 27% higher than February 2020, and rich country company capital spending will soon be 20% higher than pre-pandemic. We will need decades to filter out the noise and bias in explaining which countries handled Covid better – small vs big, democracies vs autocracies, presidents vs prime ministers, men vs women leaders, urban vs rural, decentralised vs centralised – but the intuition that wealthy and powerful countries made the crisis less painful for their citizens is hardly original; poet Ramdhari Singh Dinkar wrote, “Kshma shobhti us bhujang ko jis ke paas garal ho” (Snakes without venom cannot be kind, generous or benevolent). Covid reminds us that the only sustainable solution for our healthcare, education, sanitation, and nutrition challenges is raising India’s per capita GDP via massive, non-farm, private, formal job creation.

Raising India’s wealth and power – our 148th country ranking in hospital beds per capita closely tracks our 142nd country ranking in per capita GDP – needs recognising that economic development is what psychologist Robin Hogarth called a “wicked learning environment”; the rules are not fixed, patterns change, the goals are multiple, and feedback is often delayed or inaccurate. This contrasts with the “fatal conceit” embedded in the 1955 Congress party resolution that assumed development was a “kind learning environment” where rules are fixed, patterns recur, goals are finite, and feedback is immediate and accurate. Change began in 1991 when China and India had the same GDP per capita; the average Chinese is now five times more prosperous. Our reforms have been impactful but incomplete.

Raising per capita income needs higher productivity in our regions (Karnataka and UP have the same GDP though Karnataka has a fourth of the population), sectors (IT employs only 0.8% of the labour force but generates 8% of GDP while agriculture employs 42% of the labour force but only generates 15% of GDP), firms (our largest and smallest manufacturing firms have a 24 times productivity difference), and individuals (sales is the fastest growth entry-level job with salaries varying four times based on skills). These structural transformations require bold reform in formalisation, urbanisation, industrialisation, financialisation and skilling. Pending those, here are five flick-of-pen reforms with immediate impact and no fiscal requirements:

Raise take-home Salaries: Our laws mandate the world’s highest mandatory payroll confiscation; 42% for low-wage employees (this deduction is only 9% for employees with salaries higher than Rs 25,000 per month). Holding employer contribution mandatory, we should modify Clause 6 of the EPF Act and Clause 39 of the ESIS Act to make employee contribution voluntary. Salary is individual property, payroll deductions cannot exceed savings, and PF loans solve a problem that should not exist.

Attack Regulatory Cholesterol: The employer regulatory compliance universe across state and central governments is 60,000+ compliances, 6000+ filings, and 6000+ annual changes. Change has begun; Punjab recently abolished 479 compliances and central ministries are culling. But this needs acceleration with a compliance commission mandated with targets for rationalisation (40%), decriminalisation (50%), and digitisation (100%) by December 2021.

Massifying Employability: Covid has hurt education but accelerated online learning, non-exam assessments, and made skills more valuable. The National Education Policy, 2020, anticipated these changes but the proposed 15-year glide path should be reduced to three years. And immediately license every university for online learning (currently only 32 of our 1,000 universities are), enable degree Apprentices (UGC Act 2F and Apprentices Act Rule 2), and legitimising Skill Universities (UGC Act Chapter 8 and Section 22).

Accelerate Civil Service Reform: Civil service structures currently treat good and bad performers equally, promote too many to top ranks, front load training, sabotage urgency with too many ministries, and undervalue specialisation. We should set a December 2021 deadline for differentiation (can’t rank 98% outstanding), delayering (retirement if not shortlisted for promotion beyond thresholds), and decluttering (cutting central ministries to 25).

Execute Privatisation: Covid shreds public finances but there are limits to raising taxes or borrowing without breeding informality or stealing from our grandchildren. Finishing the privatisation agenda this year will control government debt by taking advantage of strong investor and FDI attraction to India arising from unrealised growth potential, China fatigue, and a global capital glut. More importantly privatisation is strategy signalling; the state will do less so it can do more.

The new book The Ever-Changing Past by James Banner suggests revising history is used by all societies to better understand who they are and where they want to go. This article’s title is inspired by the book Wealth and Power by Schell and Delury that reframed the thoughts and lives of 11 Chinese writers, activists and leaders as China’s 200-year quest for fuqiang (wealth and power) via fuxing (rejuvenation). India has no interest in becoming China; we have remarkably built the world’s largest democracy on the infertile soil of the world’s most hierarchical society. But we have not yet revised our socialist economic history as hurting those it masqueraded to help by sabotaging formal, private, non-farm job creation. To paraphrase Swami Vivekananda, the pain and helplessness of Covid is hopefully a fire that stirs up a fresh vigour in billions of veins; we are responsible for what we are, and we have the power to make ourselves whatever we wish ourselves to be. India is poor but doesn’t have to be.

Must be fleshed out to favour developing nations

The G7 finance ministers have done well to secure a historic deal to have a minimum tax of 15% on corporate incomes in every country, and to accord every market where multinational companies undertake sales the right to tax their earnings. The reform in the global tax system will, if carried through into binding, multilateral tax pacts, deter MNCs from using differences in tax rules to shift profits to tax havens, prevent base erosion and profit shifting, and help governments to collect more taxes.

Often, MNCs are known to shift their tax liability by assigning a share of costs and profits to a subsidiary in a low-tax jurisdiction or by parking intangible assets such as intellectual property in subsidiaries in tax havens, so that royalties would accrue there. A global minimum tax rate would mean that countries would lose their sovereign right to set a tax rate below the floor. This would damage tax havens. Estimates suggest that during 2000-18, the US Treasury was deprived of around $100 billion in revenue annually as US companies booked half of all foreign profits in seven low-tax jurisdictions. Ireland, the headquarters for many tech giants, levies tax at 12.5%, and MNCs try to reduce it further by using transfer pricing. The accord by G7 is based on the proposal initiated by the Organisation for Economic Cooperation and Development (OECD) that has two pillars. Pillar 2 is the effective minimum corporate tax rate that every MNC would have to pay. India should be okay with a15% minimum rate. Pillar1 targets, among others, digital giants that generate revenues from a market without having a physical presence there. It seeks to apportion global profits to the countries where its users are located. It is based on the principle that companies must pay tax in every market where they generate value and make profits.

However, agreement must be reached on Pillar 1 and Pillar 2 simultaneously. That would make unilateral digital taxes such as the equalisation levy redundant, and ease trade tensions. Much work lies ahead.

It has long been recognised that strident criticism of government will not amount to an attempt to excite disaffection and disloyalty towards government. Yet, the archaic and colonial view that an intemperate attack on an incumbent ruler should be met with fierce prosecution for sedition prevails among many in power even today. In a significant judgment, the Supreme Court has quashed a criminal case registered in Himachal Pradesh against journalist Vinod Dua by invoking the narrowed-down meaning of what constitutes an offence under Section 124A of the IPC, the provision for sedition, set out in Kedar Nath Singh (1962). Every journalist, the Court has ruled, is entitled to the protection of that judgment, which said “comments, however strongly worded, expressing disapprobation of actions of the Government, without exciting those feelings which generate the inclination to cause public disorder by acts of violence, would not be penal”. The law on sedition has come a long way from the formulation of British-era judges Comer Petheram and Arthur Strachey that “feelings of disaffection” towards the government connote “absence of affection… hatred, enmity, dislike, hostility… and every form of ill-will towards the government” to the more rational reading that only a pernicious tendency to create public disorder would be an offence. Yet, it appears that every generation needs a judicial iteration of this principle, and that is because of two reasons: that Section 124A remains on the statute book and that powerful political figures and their minions are unable to take criticism in their stride.

Enacted to put down journalistic criticism of the colonial administration from an increasingly vocal press, Section 124A is essentially a provision which seeks to protect the government’s institutional vanity from disapprobation using the interests of public order and security of the state as a fig leaf. It has often been criticised for being vague and “overbroad”. Its use of terms such as “bringing (government) into hatred or contempt” and “disloyalty and all feelings of enmity” continues to help the police to invoke it whenever there is either strong criticism or critical depiction of unresponsive or insensitive rulers. The explanation that disapproval of government actions or measures with a view to altering them by lawful means will not amount to an offence is not enough to restrain the authorities from prosecution. The mischief lies in the latitude given to the police by an insecure political leadership to come down on the government’s adversaries. It is unfortunate that the Bench did not go into the aspect of political motivation behind the police registering FIRs without checking if the required ingredient of incitement to violence is present. The Court’s verdict brightens the hope that the section’s validity will be re-examined. For now, it is a blow for free speech and media freedom. 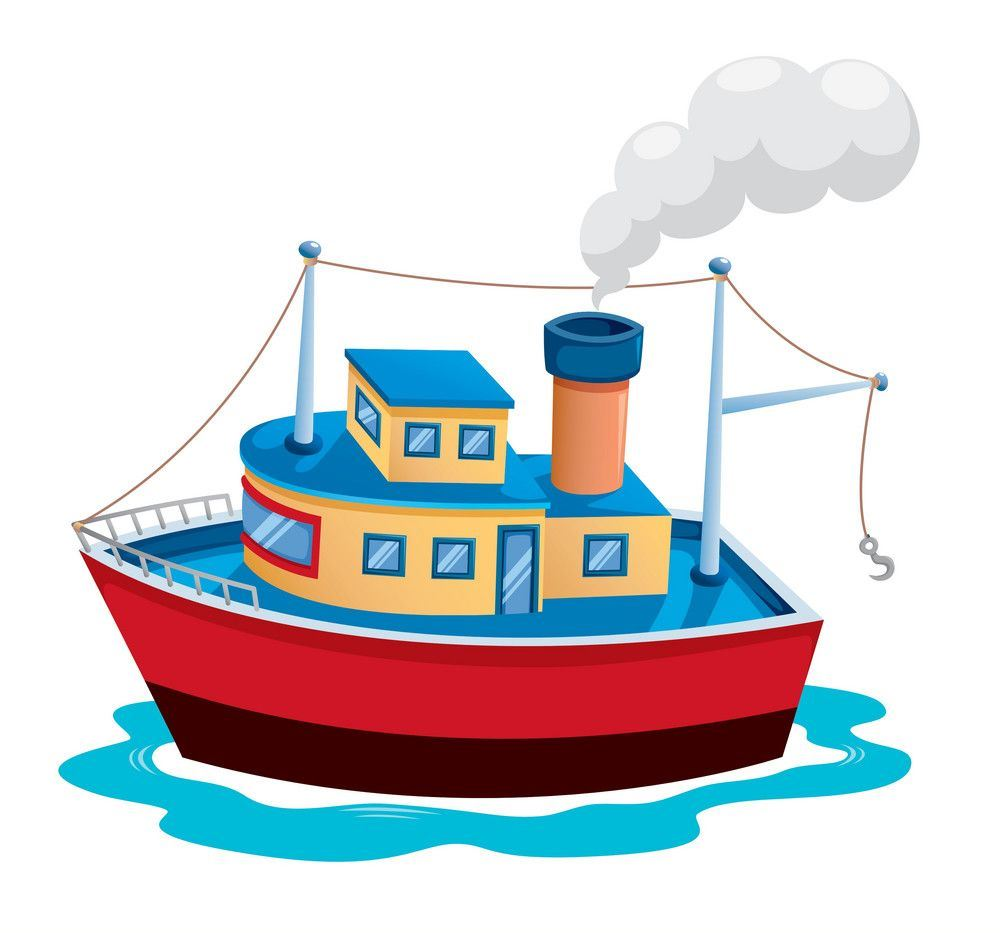