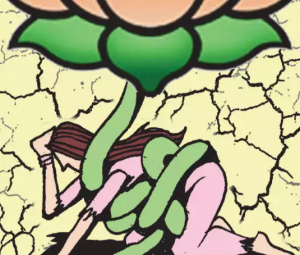 The Hathras district administration and police must answer for the manner in which they have failed the 19-year-old Dalit victim and her family in life and death. Precious forensic evidence that could have bolstered the gangrape charge wasn’t collected on time. Even the right to a dignified cremation was denied to the victim. Police hurriedly set the pyre alight under cover of night, without allowing the family to properly mourn their dear one or conduct customary last rites.

Now an entire district is under Section 144 CrPC to quell protests and prevent politicians from meeting the family. A police cordon ran around the village to keep the family out of the media. A viral video of Hathras district magistrate Praveen Kumar talking down to the Dalit family, warning of harm to their credibility, is in fact a body blow to the government’s credibility. It lends credence to the family’s claims of threats from the administration.

The victim’s mother purportedly found her brutalised body without clothes on. A professional police force would have proceeded to verify rape. But analysis of samples happened 11 days after hospitalisation and no semen was detected. Government’s own guidelines rule out the likelihood of finding such evidence after 72-96 hours of rape. This helps the police and accused build a case for undermining the gangrape charge despite the victim’s dying declaration. With rank incompetence and apathy to answer for, officials are taking cover under threat to public order. Throttling dissent in this manner isn’t going to help. BJP must remember that the Nirbhaya case punctured UPA-2 and Sheila Dikshit. No civilised society can tolerate in silence and without protest the brutalisation inflicted on the 19-year-old, the botched investigation or the indignities heaped upon the hapless Dalit family. The Adityanath government must correct policing failures for people’s as well as its own sake.

When women’s work and time get no respect 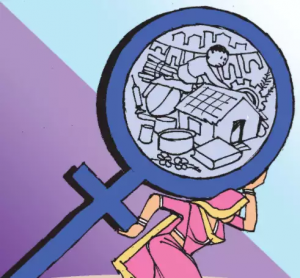 If women do a lot more unpaid work than men but society does not value their unpaid work, this structural inequality perpetuates an asymmetric power relationship, both materially and in the mind. Violence against women is just one of the several toxic side-effects of the resulting misogyny. Abusing ‘the second sex’ can become a socially sanctioned continuum from insults to rape, in this mindset.

In this context a recent NSO report is very telling, as it shows that in India the average woman spends 19.5% of her time in unpaid domestic work or caregiving as compared to an average man’s 2.5%. This is based on data collected in 2019 and does not factor in the seismic changes wrought by the pandemic. The closing of schools, anganwadis and other childcare centres has of course increased ‘the motherhood penalty’ across classes and across countries. A UK think tank for instance has found that the lockdown there saw many working mothers able to do only an hour of uninterrupted paid work for every three hours logged in by fathers.

All the talk about bringing up boys differently, socialising them in egalitarian thinking and behaviours, can be poppycock when what they see closest up is that both work and respect are deeply segregated by gender. Building a healthier society needs more women doing paid work and men taking up a fairer share of unpaid responsibilities. We also need an augmented version of GDP, which accounts for unpaid work in measuring economic progress.

Listen To The Court

Labour reform must place concerns of labour at centre, more so during a period of acute distress.

In the weeks after the imposition of the national lockdown, and in the midst of the migrant labour crisis unfolding across the country, several state governments had issued notifications intending to provide industry with a plethora of exemptions and relaxations from the existing labour laws. While the measures were ostensibly designed to reduce the compliance and regulatory burden on firms during a period of acute financial stress, in most cases the relaxations proposed by the states ended up stripping workers of the basic forms of protection afforded to them. They had the effect of chipping away at their bargaining power, and doing away with redressal mechanisms, at a time of greater vulnerability and deepening insecurity. While most states have withdrawn their proposals since, in a welcome move, the Supreme Court has stepped in. On Thursday, it quashed one such notification by the Gujarat government that granted employers temporary “relaxations” from provisions of the Factories Act, 1948, calling it “an affront to the workers’ right to life and right against forced labour”.

The notification, issued on April 17, by the Gujarat Labour and Employment Department under Section 5 of the Factories Act, increased the daily working hours from nine to 12, while also requiring employers to pay overtime wages at a rate proportionate to the ordinary rate of wages, instead of what was mandated under Section 59. The notification was subsequently extended on July 20. The state government sought to justify the changes on grounds that COVID-19 was a “public emergency”, and that it had caused “extreme financial exigencies”. However, doing so, more so in a period of extreme precarity, was tantamount to placing the financial burden stemming from the pandemic on the shoulders of labour. As the Court noted, “the notifications, in denying humane working conditions and overtime wages provided by law, are an affront to the workers’ right to life and right against forced labour”.

Both the controversial notifications in the states, and the pushing through of three labour bills in Parliament last week, have raised an important concern. At a time of acute distress which has exposed the absence of even the most basic of social security nets, and underlined the inadequacy of public health care systems, and with the economy unlikely to recover in the near term, it is vital that the concerns of labour must be placed at the front and centre of any reform that takes its name.

“If one were to view economic activity in terms of factors of production — land, labour, capital and enterprise — it can be said that market forces have been unleashed in the last 25 years mainly in the last two. The unfinished task of reforms is really in the land and labour markets.” These words of wisdom, in an Indian Express editorial (July 2, 2016), were as much advice as they were an anguished appeal to understand that “reforms are broadly about leaving resource allocation and production decisions to market forces rather than know-all ministers and bureaucrats.” That is why, what has been achieved during the just concluded special session of Parliament is not just momentous but in many ways historic.

The Indian farmer, even seven decades after Independence, had been treated in exactly the same exploitative way that the colonial British had treated them — as captive sources of producing cheap food grain while living at subsistence levels. There was no freedom to choose the point of sale for his produce, he could not decide the price of his product and had no say in selecting the buyer. At the other end of the chain, the end consumer was equally short-changed with frequent cycles of persistent high inflation. The only beneficiaries of this perverse system were middlemen who thrived under political protection.

In the labour market, there were 44 different labour laws with more than 1,200 sections and clauses that demanded compliance if one even thought of becoming an entrepreneur. Different inspectors and departments administered these laws and the tyranny of “inspector raj” stunted many entrepreneurial journeys from taking full flight while many were killed at the conception stage itself.

The Companies Act of 2013 was one peculiar law which soon after its passage had parked itself in the basket of “must reform”. The Bill had many perverse provisions, one of which was to criminalise even otherwise normal civil infractions of routine nature. The Bill completely paralysed risk-taking and quick decision-making among the private wealth creators.

There were a large number of organisations that called themselves “banks” but were completely outside the ambit of RBI regulation. They served millions of ordinary people, but had no standard governance norms or binding regulations to protect customer interest. The politicians who controlled these banks were the primary obstacles in introducing any reforms in these sectors.

Indian mainstream banks, contrary to international norms, had a peculiar practice of “grossing” their bilateral liabilities rather than “netting”. As per estimates, this locked anywhere between Rs 50,000 to Rs 70,000 crore funds, which could otherwise have been available for lending to consumers and would have also helped lower interest rates.

But this is the “summer of 2020” and the times are changing. Reform nerds may look back at this period as “the best days of my life”. The bilateral banking netting law has been passed and a large corpus of unproductive capital has been freed to be deployed in the market. Cooperative banks will now be regulated by the RBI and its customers will have the same protections as those of other regular banks. The perverse sections of the Companies Act 2013 have been done away with and the fear of criminal prosecution that hung over every corporate decision is now history.

The web of 44 central labour laws has been dismantled. The Parliament has now put in place four labour codes that are much simpler — the Code on Wages, the Industrial Relations Code, the Social Security Code and the Occupational Safety, Health and Working Conditions Code. On the one hand, they universalise minimum and timely payment of wages among a host of other labour-friendly measures and on the other, they enable ease of doing business by bringing in a regime of one-registration, one-licence and one-return. The tyranny of “inspector raj” is finally over.

The Indian farmer finally has his 1947 moment in the true sense. He can now sell his produce wherever he wants, to whomsoever he wants and at whatever price he can command. If he gets a higher price in the market, then he is free to take it else the security of MSP anyhow exists. The stifling nature of the Essential Commodities Act and the APMC Act have both been neutered. Contract farming is now nationally enabled, allowing private investment to come in, which will bring in technology, modern equipment, better seeds, know-how for in-between-season crops, improved yields, better logistics and freer access to national and international markets. The Indian farm sector will now finally begin to see the benefits of economies of scale.

In a matter of just a few weeks, Prime Minister Narendra Modi has achieved what five prime ministers before him could not attempt in over 25 years for multiple reasons — from lack to conviction to fear of political blowback. What is even more significant is all these reforms have been pushed in what are still the early months of a second five-year term for Prime Minister Modi. This gives ample time to use the well-established execution skills and ensure that by 2024, the fruits of these reforms reach the last mile. While the economy as a whole will get a fillip from these reforms, the “summer of 2020” definitely belongs to the Indian farmer who finally knows what it is to live and breathe free.