If you thought farm loan waivers and the harm they do to rural credit culture was what was wrong with India’s system of mandated credit to agriculture at a subsidised rate, RBI has news for you. An RBI report finds there is large-scale diversion of farm loans to non-agricultural uses, cottoning on to a simple truth that every rich landlord who doubles up as a moneylender has been leveraging to his advantage for years. The report also finds that only 41% of small and marginal farmers have access to bank credit, although they make-up over 86% of farm holdings. Also, eastern states do not get much farm credit.

Credit diversion happens most in the southern states, with their high ratio of agri-credit to agri-GDP. The ratio of crop loans disbursed to input requirements is 6 to 7 in these states. If you can borrow from the bank at 3% and, acting as a moneylender, charge 10% a day on small loans and anywhere between 20% and 40% on larger loans, which sane rich farmer would not be tempted? Clearly, subsidised loans specifically and farm subsidy in general call for a rethink. Income support linked to area cultivated — not necessarily owned — should go hand in hand with rigorous collection of full-cost recovery on inputs ranging from water and fertiliser to power and credit, while still leaving sufficient funds in the overall allocation to the farm sector to spend on rural infrastructure and crop research. At the same time, India’s farm prices should be linked to global prices with graded tariffs that could be varied to absorb shocks. Linking Indian farms to global prices and markets, while inputs are priced optimally and farmers get income support, would incentivise adoption of rational cropping patterns and eliminate surpluses of the kind we have in sugar, rice and wheat.

Another significant finding is that 90% of farm loans go to crops, while these account for only 60% of farm output; meaning that animal husbandry and fisheries, which account for 40% of the output, get just 10% of the credit. There could be separate targets for working capital and term loans.

A number of mainstream economists argue that the rising trend of de-globalisation led by advanced economies (AEs) like the US makes for bad economics. Trade protection and immigration control is just as damaging to their economies as the strident brand of nativism is to their societies. However, a hard look at the data on the gains from globalisation over the last few decades tells us a somewhat different story. The expansion of North-South economic relations that underpins much of globalisation has been biased against the North.

Some of the solid empirical work on globalisation has come from private research agencies and thinktanks like Capital Economics (CE) that provides some interesting evidence in a series of research notes on the “death of globalisation”. CE economists estimate that roughly a third of global per capita income growth since 1990 has been due to productivity enhancements riding on globalisation. However, the bulk of these benefits have accrued to the emerging markets (EMs) and not to the AEs.

Trade and investment flows with the external world have certainly helped AEs reconfigure their entire structure of production, choosing to retain higher value generating operations and offshoring the lower ends of the supply chain. However, this restructuring has provided a one-off benefit. It has had a minor impact on subsequent productivity gains. Instead, secular gains in per capita income in AEs have depended largely on technological change.

As its pace of change has faltered over the last decade or so, so has per capita income growth. The deceleration in technological change could partly be the effect of low investment and innovation and partly the fading additional gains from the internet-computer revolution that is yet to be replaced by a decisive upturn in the new cycle driven by machine learning or AI.

The obvious place to look for losses in advanced economies due to globalisation is their labour market, in the death of relatively low skilled but employment rich sectors like textile and the support economies that grew around it. There are varying estimates of the job loss caused by cheaper imports from China. Economists Autor, Dorn and Hanson in their classic paper ‘The China shock: Learning from labour market adjustment to large changes in trade’, estimate that competition from China caused direct manufacturing job losses of 1.5 million between 1999 and 2007.

Including the support economies, the losses would be much higher. They also point out that the re-absorption of this displaced labour has been slow and incomplete. This is reflected in the share of wages to GDP that dropped by a good 5% from 2000 to 2017.

There is a related problem. Technological change has indeed been the driver of average wage and per capita growth. But the average obfuscates the growing difference or the “college premium” between skilled white collar earnings and blue collar earnings. The result has been stagnation of blue collar incomes and rising inequality. The US Census Bureau’s Gini coefficient, a measure of inequality, shows that in 2019 it was the highest in 50 years.

Europe has also seen a rise albeit less than the US, possibly because of its social welfare schemes (though tottering now because of fiscal problems) and the fact it has indeed lagged behind in technological innovation.

Why should this reconfiguration entail a “cost”? For an individual company, say in American IT, a sector that has survived the churn of globalisation, offshoring makes eminent sense. However, at a macroeconomic level both the disappearance of “job-rich” sectors and growing inequality raises the challenge of creating adequate demand that feeds growth.

Researchers have explained the boom in consumer credit in the early 2000s as a bid to keep spending alive. This ultimately precipitated the Great Financial Crisis of 2008. The panacea being discussed currently is a universal basic income to prop up aggregate demand. In the absence of production rebalancing, governments will have to think of these financial and fiscal props that might prove unsustainable.

Then there are the social costs of globalisation that ultimately manifest in economic costs. The intensity of America’s opioid addiction crisis maps directly into regions and demographic groups that have borne the brunt of the contraction of economic opportunities that globalisation has brought. The fight against this epidemic involves large federal and state expenditures on health.

The bottom line is that de-globalisation has a logic and hence momentum of its own, that is unlikely to die down once a Twitter happy president demits office or Brexiteers are booted out of parliament. The agenda of building a more balanced industrial economy with a mix of high- and low-end jobs will remain. The biggest losers from de-globalisation would be the EMs who have benefited the most from globalisation. They better have a coping strategy in place.

Why India’s so unhappy 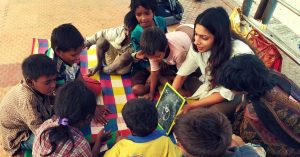 For a country not embroiled in war, tribal conflict, famine,ecological disaster, domestic riots or any other local crisis, India is oddly one of the unhappiest places on earth. The 2019 UN Index of Human Happiness placed it at 140 out of 156 countries, ahead of South Sudan (tribal conflict), Yemen civil war), Central African Republic (sectarian violence),Afghanistan (military conflict), Ethiopia (drought) and Somalia (crime and terrorism). The UN agency that came up with the ranking used six key markers to assess a country’s happiness: freedom, income, trust, life expectancy, social support, and generosity.

Finland retains its position at the top, with Denmark, Norway and Iceland following close behind. That these countries are white, sparsely populated, grossly affluent,with a mildly socialist streak, and without political dissent is perhaps a good reason for their place at the top of the list. Because these countries belong to a culture with low levels of corruption, high public trust, quality social services, economic freedom respect for human rights, political stability and low unemployment, their wellness is not just a statistic, but visible on people’s faces.

If such measures work for European happiness, do they also hold true for South Asia? A worsening physical life is the main cause of India’s decline in the UN index. Three reasons push the country to the bottom of the pile. First, despite the usual fanfare at foreign summits that still celebrate India as one of the fastest growing economies, the euphoria quickly evaporates when the staggering increase in inequality is revealed, where the richest 1% controls almost three quarters of the country’s wealth. Second, in the absence of political and business transparency, corrupt practices flourish at a scale unprecedented anywhere in the world. Bank.frauds, embezzlement of public funds in the billions occur in the blink of an eye. Third, without a credible social such an alarming rate, people are forced to rely on their own devices. Government health spending in India at 1.4% of GDP is one quarter of Pakistan’ and a tenth of China’s. Consequently, Pakistan is at a respectable 67 and China at 93 on the happiness index. Understandably, the Chinese development model, however autocratic, has resolved to give a happier life to its citizens than in freedom-loving India But what about Pakistan? GDP, employment numbers, growth, and inflation data all favour India. Yet, over the last decade,the income shares of the bottom 50% of the Pakistani population increased from 15% to 25%, including greater public spending on welfare programmes.

Happiness, however, has an altogether different measure in a country where the index originated. Bhutan has been measuring the happiness of its people with a stoic diligence that maps their daily levels of well-being. Did you smile today? Did you contribute to someone else’s happiness? Bhutan’s gross national happiness identifies people who are unhappy, narrowly happy, extensively happy, and deeply happy The survey uses markers that include community life, neighbourliness, cultural exchange, sport, social time, etc.Government policies are specifically designed to implement only those projects that help to lift happiness statistics. Despite Bhutan’s relentless push towards citizen’s wellness, the country ranks 28 positions below Pakistan, and on par with China. Obviously then political subjugation and lack of free expression makes little difference to happiness.

Do clean air and water contribute to human happiness? Do serving midday meals of salt and roti alter state of happiness? How many rural children go to school, what the average income per family is, and how many people have access to local health clinics, should be relevant measures for a country that is generally ungovernable, is desperately poor and lacking in basic amenities, education and health standards. Culture, social life, community wellness, environmental fitness, and longevity as future measures are still eons away. However, the bigger question remains: how do you rate the rising greed, savagery, neglect, sexual abuse, over-population, communal strife, hatred, public vanity and private cruelty that have been quietly and insidiously institutionalised — that too in a culture that was once peaceful, generous, kind and compassionate? Besides,does the real measure of Indian happiness come from a survey of a business leader in Fortune 500, or a 15-year-old ragpicker?

While growing up in Delhi in the 1960s, my father lost a large sum of money to a poor investment once and went into serious depression. Soon after, my grandmother appraised the grim situation and gave her counsel at dinner one day — a full account of what the family lost or left behind during Partition. Then she laughed, and poked my father in the ribs. In the long run, happiness is best dealt within families.