Banks must lend to NBCFs that make small loans

All the king’s horses and all the king’s men couldn’t put Humpty Dumpty together again. Little children are not given, after merrily elocuting the irreversibility of death, to wondering if someone not connected with the king might have been able to perform the job that eluded the rule-bound, even if mighty, State. Policymakers should think on these lines, when fast-moving-consumer-goods (FMCG) companies complain that rural offtake suffers on account of a liquidity crunch and that these companies are being forced to arrange finance for their smaller stockists and distributors.

Bank credit to the private sector as a percentage of GDP is barely 50% in India. That figure is 89% for the world at large. For a decent market economy with a history and culture of credit such as India’s — India has castes that specialise in lending money – credit would be larger than GDP. It is not the case that India manages with less credit; it’s simply that the credit that fuels Indian economic life comes mostly from non-bank sources, call them moneylenders or non-banking finance companies. When these channels of distributing credit are impaired, business gets squeezed.Demonetisation and the squeeze on NBFCs triggered by the IL&FS crisis last September have curtailed credit availability to economic agents, particularly those in rural areas outside the comfort zones of bankers. Merely shouting from atop and across Mint Street that there is plenty of systemic liquidity will do nothing to mend the broken pipes through which this liquidity flows to economic agents. Merely recapitalising banks will not suffice either. Banks have sectoral caps on lending. NBFCs are a sector and even if there is a liberal supply of creditworthy NBFCs, banks would not be able to lend to them for fear of breaching their sectoral ceiling. This offers a route to easing the liquidity crunch.

The regulator, RBI, can either relax the ceiling or ask the banks to buy back their loans to NBFCs as securitised debt and, when the NBFCs use the proceeds to repay their loans, lend to them again, so that they can disburse the credit the banks’ horses and the banks men fail to.

The new rules downgrading the office of the chief and other information commissioners at the Centre and in the states, flowing from the July 2019 amendments to the 2005 Right to Information Act, send out disturbing signals about the fate of one of the most progressive, democracy-enhancing pieces of legislation to be enacted in free India. If the amendments were the first step in hollowing out the Act, the rules, as reported in this newspaper, have added the finishing touches. So far the CIC received the same salary and perks as that of the Chief Election Commissioner or a judge of the Supreme Court. The new rules, framed by the Department of Personnel and Training – yet to be approved by the prime minister — make the CIC an equivalent of the cabinet secretary, and central information commissioners the same as secretary to the government in terms of salary. The tenure has been reduced from five years to three. In the states, the downgrading will be to the level of secretary to the government, and additional secretary respectively. To view these reductions simply as a matter of pay, and therefore not of consequence, would be to miss the point. The CICs and ICs at both the Centre and states have the power to review the functioning of government public information officials, and intervene on behalf of citizens seeking information about decisions of the government. The new rules effectively undermine their authority. These statutory officials have zero powers to enforce their orders, except the imposition of a fine for non-compliance. But over the years, if government departments coughed out information that was demanded of them under the provisions of the Act, it was because they were seen in the same league and of the same authority as the CEC and Supreme Court judges.

Even before this dramatic downgrade, governments at the Centre and states, from the time the legislation came into being, have pushed back against the promise of transparency in the RTI Act. Appointments to the posts have been used to grant sinecures to favoured retired bureaucrats, or dispense favours to camp-followers. There has been an enormous reluctance in many states to appoint the full strength of commissioners, leading to a large pendency. The CIC returns a large number of complaints and appeals on minor grounds. Even so, the RTI Act helped ordinary citizens feel empowered, and equipped with some means, even if not entirely imperfect, to take on corruption.

Union Home Minister Amit Shah has reportedly remarked that the government wants to put out as much information in the public domain as possible in order to reduce the need for RTI applications. High-minded though this may be, what the government wants to put out is rarely matched with what citizens want to know about its decisions. But destroying the authority of the RTI will certainly ensure that the number of applications reduce on their own.

Nutrition is no puzzle 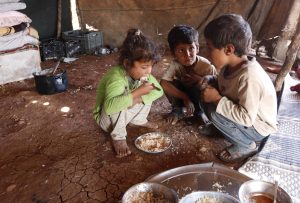 Last year, the Centre launched the National Nutrition Mission (NNM) to ensure a “malnutrition free India” by 2022. The Global Hunger Index (GHI), released on Tuesday, has sobering figures for this inter-ministerial mission. India is one of the 47 countries that have “serious levels of hunger”, according to the study. Though the country’s position has gone up a notch since last year, this is not an improvement since this year’s GHI mapped two more countries. It is particularly worrying that India is among the worst-performing countries on the acute under-nutrition parameter. “India’s wasting rate (indicative of acute under-nutrition) is extremely high at 20.8 per cent — the highest wasting rate of any country for which data or estimates were available,” the report states.

Malnutrition is most often a product of several factors including poverty, inadequate availability of food, genetic predisposition, environmental factors and poor health and sanitation services. And, the oft-repeated complaint of policymakers that there is no real-time data that brings all these factors together to show the extent of India’s malnutrition problem is valid to an extent. However, it is also clear that providing nutritious food to the country’s children is more a matter of political will and effective policy implementation at the grass roots level than solving a difficult puzzle. For example, in May-June, the Acute Encephalitis Syndrome (AES) outbreak in Bihar bared the failure of the Integrated Child Development Scheme (ICDS) in the state. Moreover, by its own admission, the state government did not have any special nutritional programme to combat a disease that has been a scourge for at least 10 years.

The ICDS has also been vexed by disagreements over the constituents of the mid-day meal programme. In the past four years, the Centre has increasingly laid emphasis on the use of “fortified varieties” of salt, wheat flour and edible oil. A section of policymakers have also advocated the use of Ready To Use Therapeutic Food (RTUF). The debate on the nutritional quality of “fortified food” is far from settled. But the emphasis on such food has led to the increasing centralisation of the mid-day meal scheme and moreover, has not addressed local food sensitivities and tastes. Also, as a study published, this week, in PLOS Medicine shows, long-term investments in health, sanitation and nutrition are far more effective in preventing deaths due to severe acute malnutrition than measures such as RTUF. The NNM would do well to keep such studies in mind. But most of all, it should be bear in mind that the GHI figures are too stark for any further prevarication. 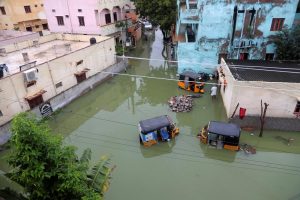 India’s most torrential monsoon in a quarter century officially ended on Wednesday. This has been the most delayed withdrawal of the monsoon since 1961 but both the quantity and the timing have had no effect on the onset of the northeast monsoon, which officially commenced on Thursday. The NE monsoon rains contribute about 20% of India’s annual rainfall and span October-December. While the southwest monsoon has been obsessively studied for centuries and there are well established correlations — for instance, temperatures in the Central Pacific, or land surface air temperature in north-western Europe — between them as well as the quantity and distribution of monsoon rainfall, no such determining parameters exist for the NE monsoon. At best, meteorologists have now progressed to giving a broad outlook of how the rains could pan out over the next few months. This year, however, is particularly significant. Monsoon rains in south India have been 15% above normal. In Andhra Pradesh, Telangana, Karnataka, Kerala and Tamil Nadu, where the Central Water Commission monitors over 30 reservoirs, their water levels were 44.2 billion cubic metres, or 84% of their total live capacity, and much higher than the 10-year average of 66%. This means that excessive rains in the coming months could contribute to the saga of urban inundation.

Among the signatures of global warming is intense rainfall being concentrated over short spells and pockets and long periods of drought. The El Niño phenomenon, which has been linked to the abnormal warming of the equatorial waters off the central and eastern Pacific, has been connected with the failure of the southwest monsoon. However, researchers over the years have noted that this had an opposite effect on the NE monsoon leading to more voluminous showers in the winter and particularly over South India. This summer, the IMD, along with other meteorological agencies around the world, bet that monsoon rains would be on the lower side due to the possible emergence of an El Niño. Even after the threat of El Niño had waned, it didn’t indicate that rains would be torrential in August and September. Conditions in the Indian Ocean turned favourable and led to the excessive monsoon activity this year. This shows that there is a paucity in understanding the behaviour of the Indian Ocean and its influence on the monsoons. India is moving to a system where dynamical models that run on powerful computers will become the mainstay of monsoon forecasting. However these too are heavily reliant on the behaviour of the Pacific Ocean and El Niño-related swings. India needs to step up research to improve the performance of these models. With climate change set to inescapably alter the ocean temperatures around the Indian neighbourhood, giving more importance to understanding the vagaries of the NE monsoon ought to be among India’s key prongs to adapting to climate change.