The notification early this week bringing all online content – news and current affairs, films and OTT platforms – under the ambit of the Union information and broadcasting ministry, has raised concerns that it could be a prelude to more legislation and government control of these dynamic new media sectors at a time when we need less regulation. Registration of digital businesses and control over online content and free speech are both problematic. While the first is near impossible to implement given the many differing contours of digital content, and also puts Indian firms at a disadvantage to foreign entities, the second would be tantamount to censorship.

If that happens it would be a backward step in a democracy already slipping on media freedoms, with journalists being arrested for alleged sedition, while large numbers of websites are blocked and internet shutdowns imposed year after year. This is especially so because the online sectors covered in the notification are already regulated by laws including IPC, CrPC (which contain draconian provisions for defamation and sedition, among others) and 30-40 sector specific legislations. Additionally, news sites already follow, as relevant, print and TV norms/ rules, the IT Act, self-regulatory codes in newsrooms. OTT platforms have also put self-regulation into place. This is why the same ministry’s April 2018 circular, on a committee to frame rules to regulate website content, had to be quickly withdrawn after an outcry.

The I&B minister had, in fact, pointed out then that the PM saw media in India as one of the very important pillars of democracy, rightly adding that “in Indian media, self-regulation is done in various layers – first by a journalist and then by editors … the government believes in self-regulation by the media.” He later denied in Parliament any government effort to control websites, as law enforcement agencies already take action on posting of malicious content on a case-to-case basis.

That is, in fact, the nub of the issue. Many laws already apply to all content and are being implemented forcefully. That said, we must respect different opinions. Crackdowns on free speech will only impair this country’s efforts towards a digital revolution, as well as erode its soft power. Digital India still has a window to successfully compete with the best in the world. Government control and censorship of online content could stifle this particular Make in India dream.

For one and all

Instant protection of personal liberty must be the norm, and not dished out on priority basis

The Supreme Court has struck a blow for personal liberty, granting interim bail to television anchor Arnab Goswami through an order that one wished was also passed in the case of many others incarcerated without sufficient cause, and with the same priority, consideration and speed. The arrest of the garrulous supporter of the ruling party at the Centre by a regime in Maharashtra opposed to it did seem an unwanted exercise in law. The accusation that Mr. Goswami and two others abetted the suicide of an interior designer by denying him payments due to him was indeed something that could have been investigated and prosecuted, if evidence was found, without arresting them. It was always a good case for bail. However, it is not clear why the court did not allow the regular bail process to pave the way for their freedom. Mr. Goswami rushed to the Bombay High Court even before the Sessions Court could hear the matter. The High Court cannot be faulted for rejecting his bail request, as he had an effective alternative remedy in the form of a regular bail petition before the lower court. It is quite common for superior courts to ask remand petitioners to exhaust their remedy before lower courts first. Even those arrests in which political vendetta or misuse of power is quite demonstrable, the Supreme Court has granted bail only after courts below had dismissed them on merits.

In Mr. Goswami’s case, the Sessions Court was due to hear his bail petition around the same time the matter was before the High Court. Therefore, it is somewhat strange that the petition was posted immediately for hearing and that interim bail, pending a reasoned judgment, should be granted on the same day. Further, Justice D.Y. Chandrachud’s observation, “If we don’t interfere in this case today, we will walk on a path of destruction,” seems out of place in a case that clearly does not relate to Mr. Goswami’s journalistic work. Surely, a scrutiny of why such consideration or sympathy has not been shown for others held mainly for their political beliefs or journalistic work is warranted. It is no idle whataboutery to point out that it was only recently that the apex court turned down a petition for bail on medical grounds for lawyer-activist Sudha Bharadwaj to the High Court with a gratuitous observation, “You have a good case on merits. Why don’t you file a regular bail application?” One hopes the detailed judgment would shed light on the circumstances in which the Supreme Court can override regular bail hearings in lower courts; and on whether it is expected that magistrates and sessions judges should also grant same-day interim bail in appropriate cases. The Court’s recent record of evading and postponing hearing on many matters concerning fundamental rights and constitutional questions that affect the rights of large sections of society is a veritable story of judicial abdication. It is somewhat galling to note that its gladiatorial zeal for personal liberty is demonstrated in so selective a manner.

Media regulation that is quite over the top 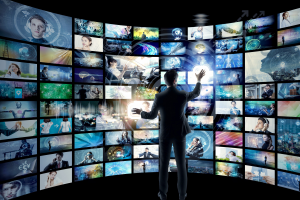 The government’s move bringing online news and current affairs portals along with “films and audio-visual programmes made available by online content providers” under the Ministry of Information and Broadcasting is as brazen as it is wily.

Brazen, because this is an attack on the free press, targeted at a section that has been bold and forthright in speaking truth to power.

Brazen, because this comes from a party, many of whose leaders’ claim to fame is that they were in the vanguard of the JP movement and fought the attack on the press during the Emergency under Indira Gandhi. And now they themselves set out to make the media institutionally captive.

Wily, because, it is clubbing the only sector of the media which has pre-censorship, namely films (through the Central Board of Film Certification), with the news media which has so far, at least officially, not been subject to pre-censorship, although media practitioners know the grave post-publication consequences of airing news or views critical or adversarial to the government of the day.

It neatly hijacks matters before the Supreme Court of India relating to freedom of the press and freedom of expression to arm the executive with control over the free press, thereby essentially making it unfree.

The instant case is that relating to Sudarshan News, in which hate speech is being disingenuously sought to be passed off as freedom of the press. The government’s initial response was to ask the Court to look at regulating digital media rather than the mainstream TV channels. So the case itself has become tricky — if a TV channel indulging in hate speech is to be brought to book, it must be at the cost of regulating the media. And regulation — other than self-regulation — is nothing but censorship. In fact the excuse given by the government for this annexation of the digital media by the Ministry of Information and Broadcasting is that the self-regulation proposals given by the sector (the mandate and representativeness of the organisations in this sector which made these proposals are questionable in the first place) were not satisfactory.

It, similarly, also hijacks another public interest litigation in the Supreme Court relating to content on “Over The Top” (OTT) platforms not being subject to regulation or official oversight to bring that sector too under the Ministry of Information and Broadcasting.

In other words, what we are seeing is these cases before the judiciary being made an excuse, and the august institution itself being made an unwitting alibi, to erode freedom of the press and freedom of expression, which are a fundamental right and a basic feature of the Constitution that no executive or legislature can tamper with or nullify.

It seeks to divide and rule the press by creating an artificial distinction between the new-age digital media (the stand-alone news portals which are already struggling to stay afloat) — which is the media of the future, the media of the millennial generation — and the older print and TV news media.

The explanation that the print media have the oversight of the Press Council of India and the TV media of the News Broadcasters Association (NBA), and therefore the digital media needed a regulatory framework — no less than that of the Ministry of Information and Broadcasting — is both lame and laughable. Because, first of all, there is no comparison between the Press Council of India and the NBA as professional bodies on the one hand and the Ministry of Information and Broadcasting on the other. We know, for instance, how independent and free news on Doordarshan and All India Radio is even under the so-called autonomous corporation, Prasar Bharati.

The fate of the digital media under the control of the Ministry of Information and Broadcasting leaves little scope for hope, and dooms the sector for both the media practitioner and the media entrepreneur and for the startups that have been the new vibrant face of contemporary journalism. The move is tantamount to nipping in the bud a promise of combative journalism. It makes our democracy the poorer for it. This move must be seen for what it is — politically and morally decrepit — and must be legally challenged as unconstitutional and autocratic. One cannot resist wondering whether, at this rate, the government will next bring the social media under the Ministry of Information and Broadcasting. Where does one stop stopping free speech? 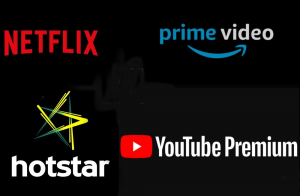