With the kernel of the Information Act under threat, the independence of the information commission is in peril 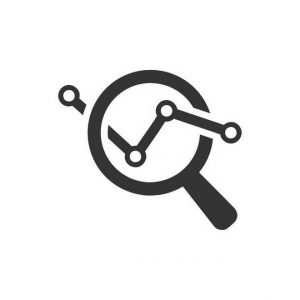 When we describe India as a democracy what do we really mean? Are we referring merely to a system of popular sovereignty founded in universal adult franchise? Or are we suggesting something more — perhaps an assurance, grounded in the Constitution, of a set of rights, of the rights, among others, to a freedom of expression, life and personal liberty, and equal opportunity and status?

These are questions, as Astra Taylor argues in her remarkable new book, Democracy May Not Exist, But We’ll Miss It When It’s Gone, that we must perpetually ask ourselves. If nothing else to remind oneself that while there can be reasonable disagreements over how a republic ought to be structured, seeing democracy as purely an enforcement of majoritarian will, where the only end in mind is the selection of a representative government, leads to self-rule “becoming not a promise but a curse”. Evidence throughout history has shown us that just results do not necessarily follow from a simple guarantee of equal status enshrined in a right to vote. The wealthy and the dominant classes find uncanny ways to ensure concentration of power. Democracy, therefore, has to percolate beyond the bare promises of formal political equality.

It is to this end that India’s Constitution provides a framework for governance by pledging to people a set of inviolable guarantees. But realising the full value of those guarantees at times requires a parley with the state. It was one such long battle, fought over nearly two decades, driven by the unstinting efforts of the Mazdoor Kisan Shakti Sangathan, that resulted in the enactment in 2005 of the Right to Information Act (RTI Act). By any account, the law proved transformative to India’s democracy; it revolutionised the citizen’s ability to engage with the state, arming people with a mechanism to ferret out some of the truth from the government’s otherwise secretive operations.

Today, though, the kernel of the RTI Act is under threat. New amendments have been passed without subjecting the draft law to scrutiny by a parliamentary committee. A feature common to every law enacted by Parliament in its present session, this portends the reduction of governance to a form of democracy by crude acclamation. The changes made include an alteration to the term in office of the information commissioners (ICs) and to the manner of determination of their salaries. In place of the existing five-year term accorded to the Central Information Commissioner (CIC) and the various ICs the law grants to the Union government the power to notify their terms through executive regulations. What is more, the amendment deletes the RTI Act’s mandate that the salary paid to the CIC and the ICs ought to be equivalent to that paid respectively to the Chief Election Commissioner and the Election Commissioners (ECs). Now, the salary, allowances, and terms and conditions of service of the CIC and the ICs will be determined by executive guidelines.

On its face, a reading of these amendments might not strike us as being especially harmful. The changes may appear to be nothing more than matters of legislative niceties. But the RTI Act is not an ordinary statute. It is a law that enlivens and animates the basic right to freedom of information. Although such a right is not enumerated in the Constitution, the Supreme Court has repeatedly affirmed its position as intrinsic to the right to freedom of expression (for example, in PUCL v. Union of India, 2004).

It might be difficult to see the merit in this finding if we take democracy to mean governance by the many and nothing more. But as the courts have wisely recognised, information often acts as a great leveller; it helps anchor democratic action. Therefore, for democracy to be valuable, citizens must possess a right to freely express themselves. It ought to follow then that it is only when citizens have a right to know what the state is up to, where governance is transparent, can their speech have genuine meaning; only then can they constructively participate in the veritable marketplace of ideas.

It was with a view to giving effect to these constitutional promises that the RTI Act was formulated. Extensive debate was held both in Parliament and within parliamentary committees before it was decided that public authorities ought to be mandated by law to making a series of voluntary disclosures on their structure, their functioning, and their financial management. Besides this basic directive, citizens are also empowered under the RTI Act to seek and obtain any information from public authorities, barring a few exempted categories such as information which might affect the sovereignty of the country or private information which might have a bearing on a person’s right to privacy.

Ferreting out the truth

This freedom to secure information that the law provides has, in many ways, redesigned the structure of India’s democratic governance. It has helped open the government up to greater scrutiny. For example, it was through a response to a request made under the RTI Act that it was discovered that between 2006 and 2010 more than ₹700 crore had been diverted from Delhi’s special component plan, intended for the development of Scheduled Caste communities, to projects related to the Commonwealth Games. More recently, an exposé by Rohini Mohan into the horrifying processes of the “Foreigners Tribunal” in Assam was made on the back of securing information through the RTI Act. Even there, as Ms. Mohan has pointed out, only five out of the 100 functioning tribunals replied to requests for copies of the orders delivered.

It is when a plea for information goes unheeded that the CIC and the ICs play an especially vital role. Should the initial request for information made to a public information officer, designated by each public authority, fail, the petitioner is entitled to lodge an appeal to an authority within the department concerned. Should that entreaty fail too — and it often does since this is a virtually illusory remedy — a further appeal can be made to the office of the CIC or the State Information Commission.

Until now, the RTI Act granted an acceptable level of independence to ICs. By placing their terms of service on a par with those of the ECs the law insulated the ICs from political influence. This protection was not dissimilar to the autonomy accorded to members of the higher judiciary. The basic idea remained the same: security in office is imperative if members must intervene without fear or favour to ensure that the law’s mandate is met.

It could well be argued that the RTI Act, in its original form, was far from flawless, especially in that it did not do enough to open up public authorities to complete scrutiny. But the present amendments, far from strengthening the existing regime, subvert the independence of the information commission. The delegation of the power to fix the tenure and the salaries of the CIC and the ICs to the political executive places the information commission’s autonomy in a state of peril. With the withering of that independence, the right to freedom of information also begins to lose its thrust. Ultimately, therefore, the new amendments represent a classic piece of totalitarian legerdemain. Democracy, to borrow the American philosopher Cornel West’s conception, demands a “leap of faith”. If the new amendments are allowed to stand, making that leap becomes all the more implausible.

Climate on the farm

IPCC report shows how land use affects climate change. It must not be used to target developing countries on global warming 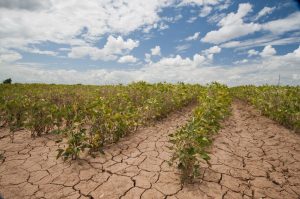 A report released on Thursday by the Intergovernmental Panel on Climate Change (IPCC) has concluded that better management of the world’s farms and forests is necessary to tackle climate change. Land use has always been part of conversations on climate change and activities like afforestation have held an important place in the fight against global warming. But the discourse on combating global warming has given more thrust to curbing vehicular and industrial emissions. The IPCC report warns that clean energy, clean transport and reduction emissions alone will not cut global emissions enough to avoid dangerous warming beyond 2 degrees Celsius. It points out that the global food system is responsible for 21 to 37 per cent of the world’s GHG emissions.

About a quarter of the Earth’s ice-free land area is subjected to what the report describes as “human-induced degradation”. Rapid agricultural expansion has led to destruction of forests, wetlands and grasslands and other ecosystems. Soil erosion from agricultural fields, the report estimates, is 10 to 100 times higher than the soil formation rate. This has created spinoff effects. “When land is degraded, it becomes less productive, restricting what can be grown and reducing the soil’s ability to absorb carbon. This exacerbates climate change, while climate change in turn exacerbates land degradation,” says the report. Moreover, agriculture and allied activities like cattle rearing are major sources of methane and nitrous oxide, far more dangerous GHGs than carbon dioxide.

The report is expected to be a key scientific input into forthcoming climate negotiations, such as the Conference of the Parties of the UN Convention to Combat Desertification in Delhi in September and the UN Framework Convention on Climate Change Conference (COP25) in Santiago, Chile, in December. If recent developments are any indicator, the report could spur moves to pressure developing countries like India to ramp up their global warming mitigation targets. This week the UN special envoy on climate change, Luis Alfonso de Alba, reportedly expressed the hope that India will take up enhanced climate commitment, including in areas such as agriculture. But the country, which seems well on course to meeting its Paris Climate Pact targets, should be careful about taking up commitments that hobble its agriculture sector. However, India — and other countries — could do well to pay heed to the IPCC report’s recommendations on curbing land degradation and soil erosion by improving knowledge systems.