Jyotiraditya Scindia , [ The writer is Union Minister of Civil Aviation] 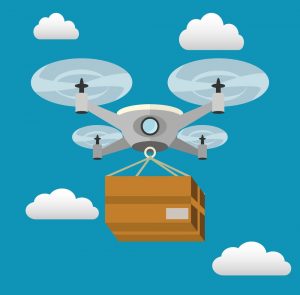 In a virtual interaction with Prime Minister Narendra Modi last year, a Pune farmer narrated a village’s fascinating encounter with drone technology. A property mapping of the village undertaken using drones helped the residents get their property titles in the shortest time span ever. The process of obtaining documents took at least a year, and was marred by corruption and arbitrariness. With the use of drones, this could be completed in a transparent manner within a month! In another pilot project conducted in Bengaluru, drones were used to transport medicines to a remote village in just 7-8 minutes, which otherwise took 25-30 minutes by road.

Drones are not new to India. They are already transforming multiple industries. However, until now, never had we taken a serious plunge to grow this reticent undercurrent into an internet-like revolution that pervades our daily lives. It is due to the forwardlooking vision of PM Modi that India is now embracing technologies such as drones to power its growth agenda. Secondly, India enjoys a comparative advantage in terms of a large IT and engineering talent pool, as well as a robust entrepreneurial ecosystem. The third and the most important ingredient for any technology to thrive is a conducive regulatory system that balances compliance without clipping its wings.

After several iterations and stakeholder consultations, and a strong push from the PM himself, the New Drone Rules 2021 were rolled out last month. Riding on the fundamentals of trust, self-certification and non-intrusive monitoring, the new rules mark a new paradigm for light-touch governance. Right from procuring a Unique Identification Number necessary to register drones to self-generated permissions, ‘minimum government, maximum governance’ runs as a common thread with a clear delineation of the government’s role as a facilitator, and not an overbearing regulator.

To enable ease of doing business and remove red tape, many approvals and clearances have been abolished – the number of forms has been reduced from 25 to 5; fee categories have gone down from 72 to 4; the quantum of fee has been brought down significantly; and security clearance before registration or licensing has been done away with.

The task ahead of us now is to tackle the elephant in the room – execution. In this regard, a single window clearance system called the ‘Digital Sky Platform’ for obtaining permissions, and an airspace map for identifying zonal restrictions will be released soon.

Where will drones work?

Once drones take off in full force, opportunities in the areas of manufacturing and drone services will be unlocked. Its potential as an economic force multiplier, however, will be unleashed on the back of a diverse value chain of industries that comes into play.

In the manufacturing sector itself, there are hardware components which form the skeleton of a drone. Far more critical is the brain of the drone i.e. the software, which tells the drone where to go and what to do while flying from point A to B. Each of these components needs to be designed differently depending on the kind of drone application. For example, the algorithms for drones used in land mapping will be different from those of say, using drones for medicine delivery. Then comes a whole array of post-flight analytics of drone footage, for instance – advising farmers on yield improvement or developing digital property cards under the landmark SVAMITVA Scheme. The economic benefits, therefore, can be unprecedented, given that by developing the drone industry, you also develop an entire ecosystem creating a positive impact on multiple sectors.

What are the positive spin-offs?

The emerging ecosystem would also trigger a multiplier effect in employment, as new job opportunities shall arise across the value chain, including but not limited to drone manufacturing, sales, insurance, pilots, counter-drone systems, drone repairs and so on. It is worth noting that the impact will be widespread, employing people with varying levels of education. Even a 12th grader with a remote pilot licence could earn up to Rs 30,000 per month or more depending on her skill-set!

Entrepreneurship will witness an explosion in terms of a whole new set of innovative startups. These would catalyse virtuous demand and supply cycles that would help realise the PM’s Atmanirbhar Bharat vision.

Our eyes are set on the destination – the goal of India becoming the global drone hub for R&D, testing, manufacturing and operations by 2030.

An RBI expert committee on urban cooperative banks (UCB) has rightly called for a tiered regulatory framework and liberal approach on oversight and branch expansion for larger UCBs, given marked heterogeneity in the segment. As of March 31, 2020, 94% of the entities in the banking sector were UCBs, numbering 1,539 albeit primarily concentrated in the western region. However, the UCBs’ corresponding share in bank deposits and advances is in the low single digits. But UCBs have much potential to provide inclusive banking services and credit access to the unbanked. And the recent Banking Regulation (Amendment) Act 2020 does provide clear RBI regulatory oversight over UCBs instead of the dual regulatory approach earlier, with both the states and the Centre (for multi-state UCBs) having a role.

The expert panel finds that financial inclusion furthered organic growth of the larger UCBs, with asset sizes in the ₹5,000-10,000 crore range. For smaller UCBs, what is recommended is an umbrella organisation (UO) as a non-banking financial company to be floated by RBI that can perform as a self-regulatory body for the sub-segment. The idea is that the UO would provide cloud-based information technology and other standardised services to the smaller UCBs, whose asset bases can be well below ₹100 crore. The suggestion is that the UO extend branding and hand-holding expertise and duly leverage channel networks so that the smaller UCBs are also able to provide mutual funds, insurance and pension products.

The bottomline is that with proximity to the borrower and better understanding of local requirements, the larger UCBs can well be empowered to provide more complex banking services with higher capital adequacy and professional management.

Spirit of federalism lies in consultation

Mukund P. Unny is an advocate practising in the Supreme Court.

Recently, various State governments raised concerns about Central unilateralism in the enactment of critical laws on subjects in the Concurrent List of the Seventh Schedule of the Constitution. Kerala Chief Minister Pinarayi Vijayan stated that it is not in the essence of federalism for the Union government to legislate unilaterally, avoiding discussions with the States on the subjects in the Concurrent List. Tamil Nadu Chief Minister M.K. Stalin raised the issue by calling on other Chief Ministers against the Union government usurping powers under the State and Concurrent Lists. The Kerala Legislative Assembly unanimously passed a resolution against the Electricity (Amendment) Bill, 2020, while the Tamil Nadu Legislative Assembly passed a resolution against the controversial farm laws. The States and the Legislative Assemblies standing up for their rights assumes significance in the wake of the Union government introducing a number of laws without taking the States into confidence, thereby undermining the federal principles.

Around a year back, Parliament passed the farm laws without consulting the States. The laws, essentially related to Entry 14 (agriculture clause) belonging to the State List, were purportedly passed by Parliament citing Entry 33 (trade and commerce clause) in the Concurrent List. According to various decisions of the Supreme Court, beginning from the State of Bombay vs F.N. Balsara case, if an enactment falls within one of the matters assigned to the State List and reconciliation is not possible with any entry in the Concurrent or Union List after employing the doctrine of “pith and substance”, the legislative domain of the State Legislature must prevail.

The farm laws were passed by Parliament even as it does not have legislative competence to deal with agriculture. The lack of consultation in a matter that intrinsically deals with millions of farmers also led to massive protests that, incidentally, still continue in streets across India.

When the Major Ports Authorities Act, 2021, was passed by Parliament earlier this year, even the Bharatiya Janata Party (BJP)-ruled State government in Goa objected to the law, stating that it would lead to the redundancy of the local laws, including the Goa Town and Country Planning Act, the Goa Municipalities Act, the Goa Panchayat Raj Act, the Goa Land Development and Building Construction Regulations, 2010, and the Goa Land Revenue Code.

When it comes to non-major ports, the field for legislation is located in Entry 31 of the Concurrent List. According to the Indian Ports Act, 1908, which presently governs the field related to non-major ports, the power to regulate and control the minor ports remained with the State governments. However, the new draft Indian Ports Bill, 2021, proposes to change the status quo by transferring the powers related to planning, developing and regulating the non-major ports to the Maritime State Development Council (MSDC), which is overwhelmingly controlled by the Union government. Coastal States like Odisha, Andhra Pradesh, Tamil Nadu and Kerala have objected to the Bill that proposes to seize the power of the State government with respect to non-major ports.

Various States like West Bengal, Tamil Nadu and Kerala have also come forward against the Electricity (Amendment) Bill, 2020. The field related to electricity is traceable to Entry 38 of the Concurrent List. The power to regulate the sector was vested with the State Electricity Regulatory Commissions (SERCs), which were ostensibly manned by individuals appointed by the State government.

However, the proposed amendment seeks to change the regulatory regime from head-to-toe with the establishment of a National Selection Committee, dominated by members nominated by the Union government that will make appointments to the SERCs. Further, the amendment proposes the establishment of a Centrally-appointed Electricity Contract Enforcement Authority (ECEA) as the sole authority having jurisdiction over matters regarding the performance of obligations under a contract related to the sale, purchase or transmission of electricity.

In effect, the power to regulate the electricity sector would be taken away from the State government. This is apart from other proposed changes, including changing the licensing regime to facilitate private sector entry without State government approval.

The Union government increasingly extending its hands on subjects in the Concurrent List is a cause of grave concern as the balance of the Constitution is now turned on its head. The model envisioned in the Government of India Act, 1935, was adopted by the framers of the Constitution and certain subjects were put in the Concurrent List by giving the Union and the State Legislatures concurrent powers regarding them.

The Sarkaria Commission Report had specifically recommended that there should be a “coordination of policy and action in all areas of concurrent or overlapping jurisdiction through a process of mutual consultation and cooperation is, therefore, a prerequisite of smooth and harmonious working of the dual system”. It was further recommended that the Union government, while exercising powers under the Concurrent List, limit itself to the purpose of ensuring uniformity in basic issues of national policy and not more.

The National Commission to Review the Working of the Constitution (NCRWC), or the Venkatachaliah Commission, had recommended that individual and collective consultation with the States should be undertaken through the Inter-State Council established under Article 263 of the Constitution.

As the Supreme Court itself had held in the S.R. Bommai vs Union of India case, the States are not mere appendages of the Union. The Union government should ensure that the power of the States is not trampled with. The intention of the framers of the Constitution is to ensure that public welfare is subserved and the key to that lies in listening to stakeholders. The essence of cooperative federalism lies in consultation and dialogue, and unilateral legislation without taking the States into confidence will lead to more protests on the streets. 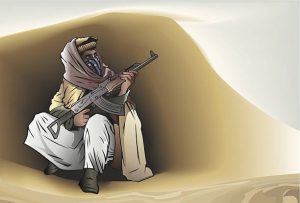