With its publication, the foreigners issue in Assam needs to be buried for good 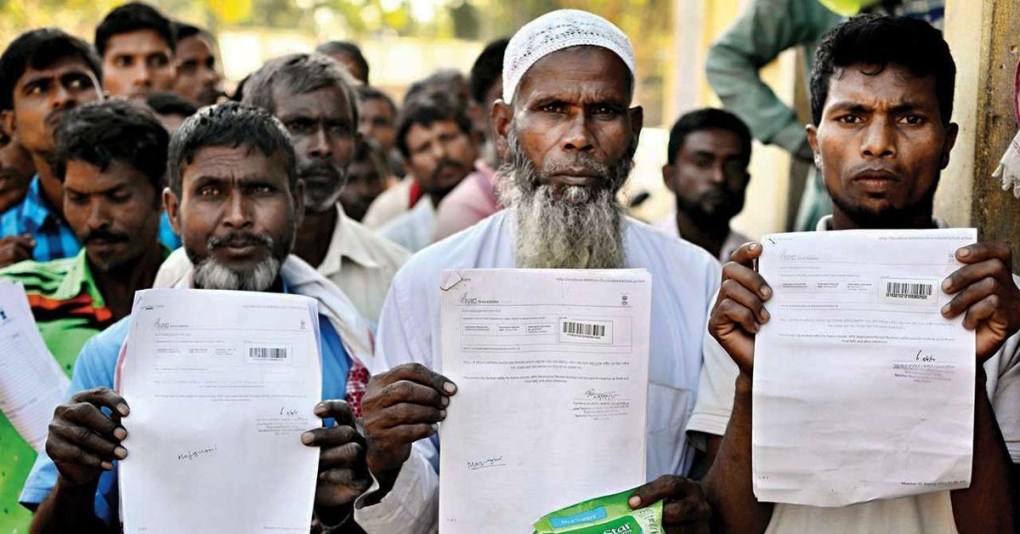 The much-anticipated National Register of Citizens (NRC) in Assam saw its final publication on Saturday with just over 19 lakh people excluded from the list. Those who do not find themselves in the final NRC now will have to approach foreigners tribunals to appeal their cases. In fact, these tribunals are the only ones authorised to declare a person a foreigner. Hence, no coercive action should be taken against those not on the NRC.

The NRC exercise has left almost everyone dismayed, including many original proponents. From All Assam Students’ Union to Assam Public Works – the original petitioner in the Supreme Court whose plea led to updation of NRC – all have said that the final registry is flawed. The state BJP, in opposing NRC, has said many citizens have been left out of the list while many foreigners have been included. The truth is such an outcome is inevitable in any such exercise, given the country’s poor documentation culture. This would explain why a 16% rate of exclusion was earlier noted in Assam’s tribal-dominated Karbi Anglong district. Much of this exercise, which cost Rs 12,000 crore of taxpayer’s money, resembles chasing a phantom.

Assam’s finance minister and BJP’s point-person in the north-east, Himanta Biswa Sarma, has expressed displeasure with the rolls and said that his party and government are thinking of an alternative mechanism to detect and expel foreigners. Such comments are highly irresponsible and show that vested political interests want to keep the foreigners issue alive in Assam.

NRC was meant to be a one-time exercise with massive resources devoted to it. The truth is it has been a mess, making it hard to comprehend why BJP wants to repeat it in other states. It has created hardships and anxieties for millions of people. Besides, the whole exercise always had an ethnic dimension to it, with Bengalis being conflated with Bangladeshis. With the final NRC publication it is time to put a stop to all of this. Those excluded must be treated humanely – one can’t put away 19 lakh people, amounting to 6% of the state’s population, in detention camps – and given fair legal redress. Breeding uncertainty and disorder is not the best way to convert the north-east into a bridgehead for New Delhi’s Act East policy. BJP must prioritise what it wants to go for: a $5 trillion economy, or large scale witch hunts comparable to China’s “Great Proletarian Cultural Revolution”.

The Cabinet decision last week to set up the International Coalition for Disaster Resilient Infrastructure is yet another leadership effort by India towards tackling climate and other environmental crises confronting the world. This will be a concrete commitment that India will make at the United Nations General Secretary’s Climate Action Summit this month.

It is estimated that, over the next two decades, countries will invest nearly $94 trillion in infrastructure, at a time of marked climate impact. This infrastructure build-up must be undertaken so as not contribute further to the planet’s warming, via design, mode of construction and use, while also being capable of withstanding the impacts of the changes that are underway and are not reversible in some cases. The infrastructure must be able to withstand extreme weather events such as floods, whose frequency and intensity will rise and vary as the earth warms, and the impact of gradually and variably accretive events such as sea level rise, land and forest degradation, and desertification. Building infrastructure that is resilient to the impacts of climate change and disaster is central for sustained human well-being. As a platform that brings together existing knowledge to generate new ideas and knowledge on disaster and climate resilience of infrastructure and finds practical implementation of these ideas, the coalition must focus on reducing risk. This is challenging, given that the risk that climate change presents is neither static nor uniform. The coalition must be more than a knowledge-exchange platform and be able to assist countries to upgrade their capacities and practices, with regard to infrastructure development in accordance with their risk context and economic needs.

What to Learn From the Flawed NRC

The good thing about the final list of the National Register of Citizens (NRC) in Assam released Saturday is that it has pretty much taken the political wind out of inherently flawed exercises like these. Not only is the final number of those deemed non-citizens not even 20 lakh, the number may come down to 6-7 lakh — if that indeed turns out to be the final number — after foreigners tribunals and courts hear appeals, according to Assam politicians, including those from BJP. Whether you are aggressively anti-immigration or reflexively pro, you would wonder why the state spent Rs 1,200 crore-plus to achieve no more than identifying just seven lakh ‘illegal’ residents. And the fact that many of those excluded now are Hindus, and therefore many Hindus may remain excluded even after appeals, further questions the right-wing political logic that celebrated NRC. To replicate NRC in other Indian states is a bad idea that some state politicians should seriously reconsider suggesting.

The macro picture hides many micro complications and tragedies. It is perfectly possible that ‘illegals’ have bribed their way into the register, as alleged by many in Assam. Just as it is possible that some genuine residents were excluded because their paperwork going back three generations was deemed faulty. Hopefully, the appeal process will do justice to the latter. Most important is that governments, whether central or state, must not try to either push back lakhs of people across the India-Bangladesh border or build detention camps. Those deemed ‘stateless’ after all appeals should be given economic and not political rights.

Migration from Bangladesh will continue and reasons will remain mostly economic, as with most migration, including from India. New Delhi will have to get smarter about this, beginning with proper border fencing and tackling corruption in border forces and border district authorities. Much illegal migration happens via organised gangs that pay off officials. Government should tackle these problems first. There should also be policies on work permits and non-citizenship resident status. NRC’s many flaws should incentivise the state to look for better solutions.

I am not saying we maintain a Panglossian countenance, that we smile away every difficulty. But, in any real economy, the mood is very important,’ observed RBI governor Shaktikanta Das, speaking at an event in Mumbai late August. Sound advice. Sentiment matters. Irrational despondency can be as damaging for the economy as ‘irrational exuberance’.

But even the best Pollyannas will find it difficult to smile in the face of fresh evidence from the Central Statistics Office (CSO) that the economy is in deeper trouble than GoI has cared (dared?) to admit so far — GDP grew by just 5%, a 25-quarter low, during Q1 2019-20. The last time growth slipped to a comparable low was in Q1 2013, when the UPA government under Manmohan Singh was battling charges of ‘policy paralysis’ following the Comptroller and Auditor General (CAG) report on the coal block scam. Afar from flattering comparison.

Who Moved My News?

But whether by design or fortuitously, GoI was saved the blushes. Thanks to finance minister Nirmala Sitharaman’s announcement of a mega merger of public sector banks (PSBs), media attention was diverted from dismal growth numbers to bank mergers. Despite the fact that the proposal may have had merit when it was mooted by the Narasimham Committee 27 years ago, it is no longer regarded as the final word on the ideal size of banks. Indeed, one of the biggest learnings from the 200708 global financial crisis is that large banks could pose systemic risks that endanger the entire economy. On the contrary, small is beautiful.

That may not gel with the image of a muscular government. But whatever the reason, after the shotgun weddings brokered by the finance ministry, the number of PSBs will shrink dramatically: from 18 as on date (27 in 2017) to around dozen. But as with all mergers, especially those that are board-driven only in name, the cost-benefit trade-offs are far from obvious. The benefits are highly questionable. But the pain and cost are real, and are likely to prove enduring. Ask any Punjab National Bank (PNB) official who lived through the trauma of its merger with New Bank of India back in 1993. Despite the ‘common’ culture of the two Delhi-based banks, it took years for PNB to recover from the ill-effects of being a reluctant suitor.

Even if one is willing, for the sake of argument, to give the benefit of the doubt to the business rationale of the mergers, there’s no getting away from the nagging sense that the timing is most unfortunate. At a time when PSBs across the board should be focusing on revival of bank lending and recovery of bad loans — remember the Insolvency and Bankruptcy Code (IBC) process is yet to stabilise — PSB managements accounting for close to 82% of PSB business and 56% of all bank business will, instead, be engaged in trying to see mergers through.

Take the merger between Chennaibased Indian Bank and Kolkata-based Allahabad Bank. It is a no-brainer that much of management bandwidth in the next few years will be spent trying to make the merger work. True, bank unions are no longer the force they once were, but even so. Caught between outraged cries of ‘Cholbe na!’ (Won’t allow this!) in Allahabad Bank and ‘Muddiya du’ (Cannot be done) in Indian Bank, senior management of the merged entity will have its hands full. Meanwhile, the more important business of banking will take a back seat. As with the similarly illtimed demonetisation, recovery will suffer a setback.

Unfortunately, GoI seems to be blind to the risks. The need of the hour is higher credit growth. Upfront recapitalisation of PSBs to the tune of .` 55,000 crore (out of .` 70,000 crore promised in the Budget) would have spurred credit growth with multiplier benefits for investment and growth. But that’s not going to happen if the bulk of the PSB universe is grappling with existential angst. Consequently, even though Sitharaman has largely delivered on her promise to front-load capital infusion into PSBs to ‘nudge an additional lending of .` 5 lakh crore’, this is unlikely to happen. At a time when Q1 GDP numbers clearly show we don’t have any time to lose, this is akin to shooting ourselves in the foot.

Economists might argue it is important to first analyse the nature of the slowdown — whether it is cyclical or structural, since that will decide the policy response. But it is difficult to disentangle cyclical from structural factors, and as the slowdown continues and reports of job losses become a daily phenomenon, academics must take a back seat. As Deng Xiaoping, noted for opening up the Chinese economy, had famously said, ‘It doesn’t matter if the cat is black or white as long as it catches mice.’

What is clear is that when gross fixed capital formation has been falling quarter on quarter, and the private sector is shy of investing, there is no alternative but for GoI to invest. Ideally by reorienting expenditure towards capital, rather than revenue expenditure. But if that is not possible, by easing up on the fiscal deficit target. And in a bank-oriented economy, by allowing PSBs to support growth by not pushing pointless bank mergers. 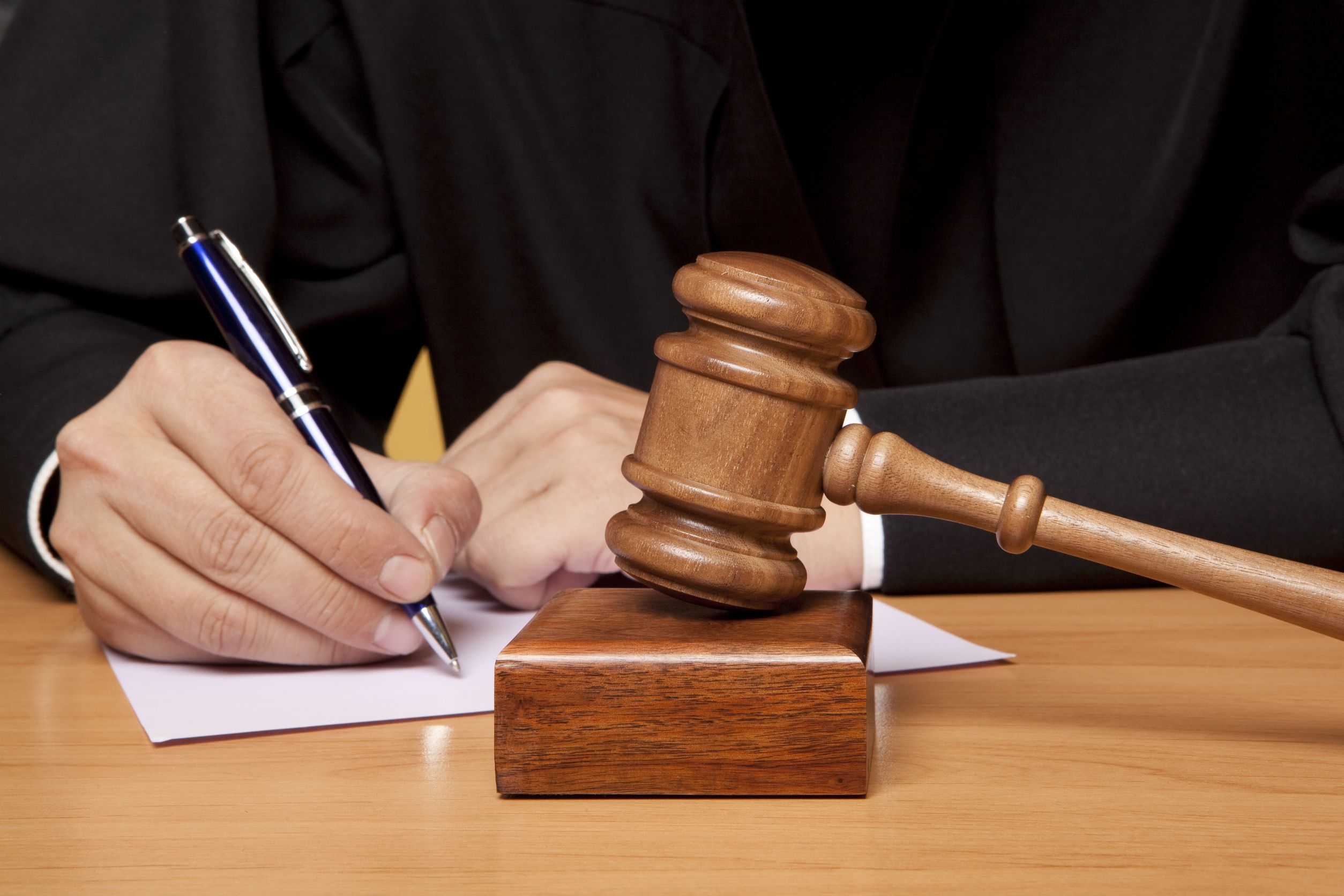