The Uniqueness Of Civil Services Examination

The Uniqueness Of Civil Services Examination 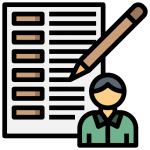 It would be difficult to deny it completely that somewhere behind the current glow of this more than one hundred and fifty years old government service is the British legacy from the past. But that’s not all. In the journey of more than seventy years of the conversion of the Indian Imperial Service into the Indian Administration Service, it has inadvertently developed some of its own legacies. Due to this, despite the loss of English power, the expected lack of spark was compensated for. And its ‘star value’ remained intact.

When I am comparing this exam with Olympic championship, I am still not doing justice to the character of I.A.S. For example, in the Tokyo Olympics, players from all over the world will compete with players from all over the world, but only with those which belong to their respective fields. A wrestler would not be playing badminton, and a hockey player would not be doing gymnastics there.

While this happens in the examination of IAS. Whoever you might be, a doctor, an engineer or an MBA etc., here you are just a player who has graduated and achieved the minimum qualification to participate in it. That is, you come on this platform after shedding the snakeskin of your background. Everyone becomes one and the same.

There is another very important and interesting thing related to this. The interesting thing is that under the qualification of this exam, nowhere has it been said that “You must have at least scored such marks in graduation”. You are eligible, no matter how many marks you have got.  This platform treats both, the toppers and the bottomers, equally. In practical terms, this seems a bit bizarre and quite unjust. But it is what it is.

Knowing all this, your mind should question, “why is it like this?” There should have been a minimum limit for the recruitment of the country’s largest and most responsible posts. The larger question is that, is this all happening unknowingly, or is it done intentionally? Any mistake made unconsciously can last for a few years, but not for so long. This means that it is part of a very well thought out policy.

When we try to understand history carefully, we get to know a remarkable thing about the administration. That is, most of the eligible rulers were not very educated. I am not talking about Chandragupta Maurya. What do you think of Emperor Ashoka, Sher Shah Suri and Akbar? How educated do you think Napolean was? What were Mahatma Gandhi’s academic achievements? When you learn about them, you will get to know how a brilliant student and a good administrator are correlated and to what extent.