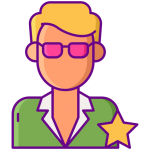 Whether you are thinking to start preparing for IAS, or have already started, in both cases it is necessary for you to know “what it really is.” What you want to get and where you want to reach, if you become aware of its character and get acquainted with the map of its journey, it becomes relatively easy for you to achieve your desired goal.

IAS exam and the youth who are successful in it are discussed more than any other examinations in the whole country. There are entrance exams for Engineering, Medical and CA. These are all-India level examinations and their craze is also no less. Being successful in these is not an easy task. But its toppers remain limited to their city and for some time even to the advertisement of the coaching institutes. How many names of IIT and IIM toppers can you recall as of now? And what if I ask you the same question about IAS toppers…?

From the time you start preparing for IAS exam, since then you become the centre of curiosity of the people of your locality and colony (especially in small cities and towns). But as soon as you set your foot in the list of toppers, you immediately become a star. And if you are among the first ten people, then you become a super star. Newspapers and media catch a hold of you. You become one of the trending subjects on YouTube. People start looking at you with a keen eye. The youth of the country becomes intrigued to hear from you.

Why does it happen in the case of IAS and not in the cases of others, while the social contribution of others is much more than this?

The answer to this lies in the theory of planets and satellites of the solar system. IAS is a star in itself, which has its own light. No one can take away the rights and protections given to him by the constitution and laws, as long as he keeps revolving around the path set for him and does not wander from that path (dignity).

It is not quite so with others. In private sector, they are illuminated by the light of others (their owners), like the moon. If you have started doing something of your own, then you have to go through a long and hard struggle to generate light inside you, like with respected entrepreneurs like Narayana Murthy. Even then, there is no guarantee that your hard work and your struggle will be able to bring colour, despite the fact that there is world even beyond the sky.

What happens in IAS? Certainly not this. As soon as you become an IAS, the phase of the biggest struggle is over. You are declared ‘An Elephant’ by the society, the saying about whose value is prevalent, beg-pardon for the slight negative saying that, “Even a dead elephant is worth a quarter million.” The figure of ‘a quarter million’ is of decades ago. Set it according to the present time for better insight.

In the next article, we will try to know what it has to do with the preparation for the IAS exam.