The electric vehicle, like smartphones this decade, could soon become ubiquitous 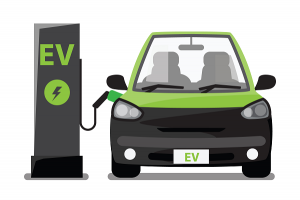 Between 1908 and 1927, the Ford Model T ushered in a revolution of sorts becoming the first affordable car that took the internal combustion (IC) automobile to the middle class. A century later, a wiser world – coming to terms with the apocalyptic climate change scenarios that the IC engine and other human pursuits have unleashed – has been on an obsessive quest to manufacture the affordable electric car. The effort has consumed much of this past decade and though IC engines continue to be popular and cheaper, that equation could change in the next decade.

The stumbling block has been making a battery that is cheap and can power the electric vehicle over long distances on one charge. EV battery makers, focussed on lithium-ion cells, are targeting a battery cost of $100 per KWh – which will bring down the battery cost of a 30KWh contemporary car to the Rs 2 lakh price bracket from Rs 5-6 lakh presently. Similarly, the low range per charge – typically 100 km in earlier years – could be a thing of the past with cars today aiming at ranges of 300-400 kms and more.

However, technology can only go so far if public policy doesn’t fit into what is becoming a maddening and traumatic period for automobile companies. Public charging infrastructure remains woefully inadequate and passenger car sales are slipping. Last week, Delhi government announced its Electric Vehicle Policy 2019 which offers to waive road taxes and registration charges until 2024 and hefty subsidies on charging equipment. While the jury is out on EVs being cleaner than IC engines – forests are cut and coal burnt to produce electricity – Delhi offers a counter-intuitive view in favour of EVs. After all, cities like Delhi-NRC facing an air pollution emergency act like a development engine for much of north India.

Given India’s human development challenges such tradeoffs to move pollution out of cities cannot be avoided. But there’s another complication. India’s automobile industry, accounting for 49% of the country’s manufacturing GDP, will become dependent on EV component imports. Meanwhile, China’s early bets on EV battery manufacturing are paying off. Ultimately, there is no tricking climate change. Volkswagen’s ‘defeat device’ to shore up its diesel IC engine represents the foolhardy hangover of the irrepressible 20th century. Instead of selfishness that will lead to a suicide pact of seven billion, the time to share clean energy technologies draws nigh.

Not a drop to waste

Atal Bhujal Yojana is a first step towards recharging groundwater. There is a need to move to more long-term solutions. 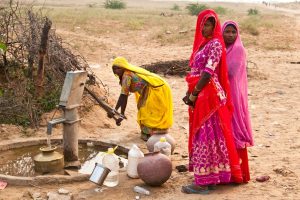 In 2020, according to the Niti Aayog, 21 Indian cities, including Delhi, Chennai and Bengaluru, will run out of groundwater. The Aayog’s “Composite Water Management Index” (CWMI), released in June, notes that “Seventy per cent of our water resources are contaminated”. Several other reports, including the Central Water Commission’s “Water and Water Related Statistics 2019”, have thrown light on the poor state of India’s groundwater aquifers. The urgency of the Atal Bhujal Yojana, launched by the Union Jal Shakti Ministry last week, can, therefore, hardly be overstated. The groundwater revival scheme ticks quite a few right boxes. It seeks to strengthen the “institutional framework of administering groundwater resources and aims to bring about behavioural changes at the community level for sustainable groundwater resource management”. However, the Yojana that will be implemented in seven states — Gujarat, Haryana, Karnataka, Maharashtra, Madhya Pradesh, Rajasthan and Uttar Pradesh — should only be seen as the first step towards restoring the health of the country’s aquifers.

India has had a Groundwater Management and Regulation Scheme since 2013. The Atal Bhujal Yojana will draw on some of the institutions created by this scheme, especially village-level water user associations (WUAs). The Jal Shakti Ministry will have its task cut out. The Niti Aayog’s CWMI notes that though “80 per cent states have a regulatory framework to establish such associations, progress on the ground is weak”. Less than 50 per cent states involve the WUAs in critical groundwater management decisions like those pertaining to irrigation resources, according to the CWMI. The Atal Bhujal Yojana would do well to follow the Niti Aayog’s recommendations for strengthening the financial state of the WUAs, including allowing these bodies to retain a significant portion of irrigation fees.

Groundwater contributes to more than 60 per cent of the country’s irrigation resources. Power consumers in the agriculture sector are billed at highly subsidised rates, which several studies have shown accounts for the over-extraction of groundwater. However, there is also a substantial body of work which shows that it is politically imprudent to install electricity meters on farmers’ fields. The discourse on groundwater use has to move beyond this binary: Ways must be found to balance the demands of farmers with the imperatives of reviving the country’s aquifers. One solution — tried out in parts of Punjab — is to gradually reduce subsidies and offer cash compensation to farmers for every unit of electricity they save. The CWMI report talks of other solutions like persuading farmers to adopt more efficient technologies such as drip irrigation. By emphasising on local-level institutions like the WUAs, the Atal Bhujal Yojana has signaled the Jal Shakti ministry’s inclination towards such persuasive solutions.

The nation-wide comparative study of States on governance carried out by the Government of India, as seen in the Good Governance Index (GGI), is a welcome exercise to incentivise States to competitively deliver on public services to the citizens. This is not the first time that benchmarking of States has been carried out. Different agencies including NITI Aayog, the government’s policy think-tank, are evaluating the States on different parameters. The findings of the GGI’s inaugural edition are significant in many respects. Although Tamil Nadu has always had the reputation of being a better-run State, it is only now that it is ranked first in any study of this kind. Its strength has been the ability to ensure stable and smooth delivery of services without much ado. But it is not the only southern State to have put up an impressive performance. Three of its neighbours are among the top 10 of the big 18 States, one of the three groups formed for the study with the north-east and hill States and Union Territories being the other two. Of course, traditionally, the south has been ahead of others in several parameters of development. What is more significant about the GGI is that the dubiously-labelled “BIMARU” States are seeking to catch up with others in development. Of the nine sectors, Rajasthan, a “BIMARU” State, has finished within the top 10 in five sectors, Madhya Pradesh in four and Uttar Pradesh in three. In agriculture and allied sectors, almost all the “BIMARU” States are within the top 10 category and in human resources development, U.P. and Bihar figure. In the composite ranking, Chhattisgarh and Madhya Pradesh are ranked fourth and ninth, respectively. The key message is that these northern States can catch up with others in due course of time, if the political leadership shows the will to overcome historical obstacles and stays focused on development.

Any index of this nature is bound to have some shortcomings, at least in the first round, a feature that the framers of the GGI have acknowledged. Some indicators — farmers’ income, prevalence of micro irrigation or water conservation systems and inflow of industrial investment — have been left out. The indicator, “ease of doing business”, has been given disproportionate weight in the sector of commerce and industries, to the virtual exclusion of growth rate of major and micro, small and medium enterprises. Moreover, there will always be an unending debate over which indicators — process-based or outcome-based — should get more importance in the design of such a study. Notwithstanding these shortcomings, what is noteworthy is that the Centre has made an attempt to address the problem of the absence of a credible and uniform index for an objective evaluation of the States and Union Territories. It goes without saying that the GGI requires fine-tuning and improvement. But that does not take away the inherent strength of the work that has been accomplished, keeping in mind India’s size and complexity.